The NRA Just Posted a Tone Deaf Tweet on the 1 Year Anniversary of the Parkland Massacre, and People Are Calling Them Out 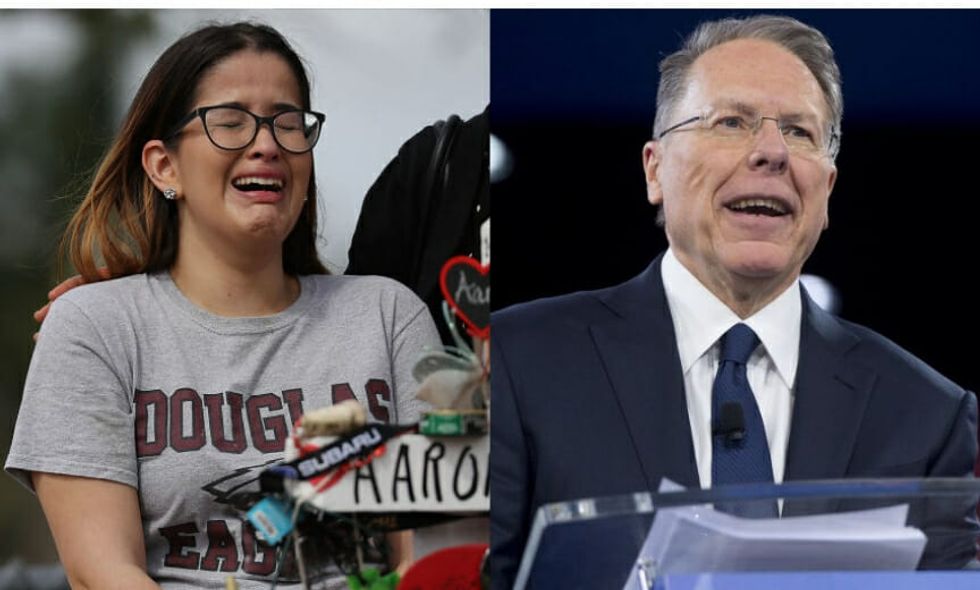 On February 14, 2018, a gunman using an AR-15 style semiautomatic rifle opened fire on students and faculty at Marjory Stoneman Douglas High School in Parkland, Florida. Seventeen people ranging from 14 to 49 years old were killed and another 17 were injured. It remains the deadliest high school shooting in American history.

On the one year anniversary of the massacre, in February 2019, the National Rifle Association, an organization that uses its massive capital to influence politicians and policies for greater relaxation of gun laws, tweeted against House Resolution 8, a bipartisan bill that would require a federal background check on all gun sales, including private transactions.

The organization cited Congressman Guy Reschenthaler (R-PA) who said of the legislation:

“The overwhelming majority of American gun owners are hardworking, law-abiding citizens. [HR 8] is actually the first step to creating a national gun registry.”

Americans everywhere considered the tweet an insult to the memory of the children and teachers who perished in Parkland a year ago that day.

@NRA @GReschenthaler @AWRHawkins Do us all a favor and go silent today, like you did after the shooting.
— Max DeFilippis (@Max DeFilippis) 1550167029.0

@NRA @GReschenthaler @AWRHawkins Nice timing. Tone deaf much? 17 kids were killed one year ago and THIS is your mes… https://t.co/xLP1ajsBXc
— Shelby Sprague (@Shelby Sprague) 1550167034.0

However, it took far less than a year for the NRA to strike ire for callous messaging regarding the massacre.

The month after the massacre, Florida's Republican Governor Rick Scott signed a bill increasing the legal age for rifle purchases from 18 to 21. The NRA filed a lawsuit to challenge it in court.

That same month, CNN hosted a town hall between survivors of the shooting and those on the other side of the aisle, like Republican Senator Marco Rubio and NRA Spokeswoman Dana Loesch.

Loesch was frequently booed during the town hall for attempting to defend the NRA using political capital to immobilize efforts for common sense gun reform.

As the Parkland survivors mobilized to pressure lawmakers to enact reforms, the nation elevated them to emblems of the fight for common sense gun laws.

Ahead of the March for Our Lives (organized by the students) march on Washington last year, NRATV host Colion Noir said he wished the shooting had been stopped by an armed guard so that the students would have been irrelevant:

“To all the kids from Parkland getting ready to use your First Amendment to attack everyone else’s Second Amendment at your march on Saturday, I wish a hero like Blaine Gaskill had been at Marjory Douglas High School last month because your classmates would still be alive and no one would know your names, because the media would have completely and utterly ignored your story, the way they ignored his.”

As a result, many supporters of the NRA took opportunities to ridicule them.

Fox News Host Laura Ingraham taunted survivor David Hogg one month after the massacre, mocking his alleged rejection from four colleges to which he applied.

Hogg has also been baselessly attacked by some Conservatives for being a "crisis actor" who wasn't actually present at the shooting.

Despite the efforts to discourage them, the Parkland survivors have remained unyielding in their demands to curtail mass shootings. As a result, the once-insurmountable NRA was outspent by gun control advocacy groups for the first time in 2018.

And David Hogg got into Harvard.