Where Is My Polling Location for the New York City Mayor's Race 2017? 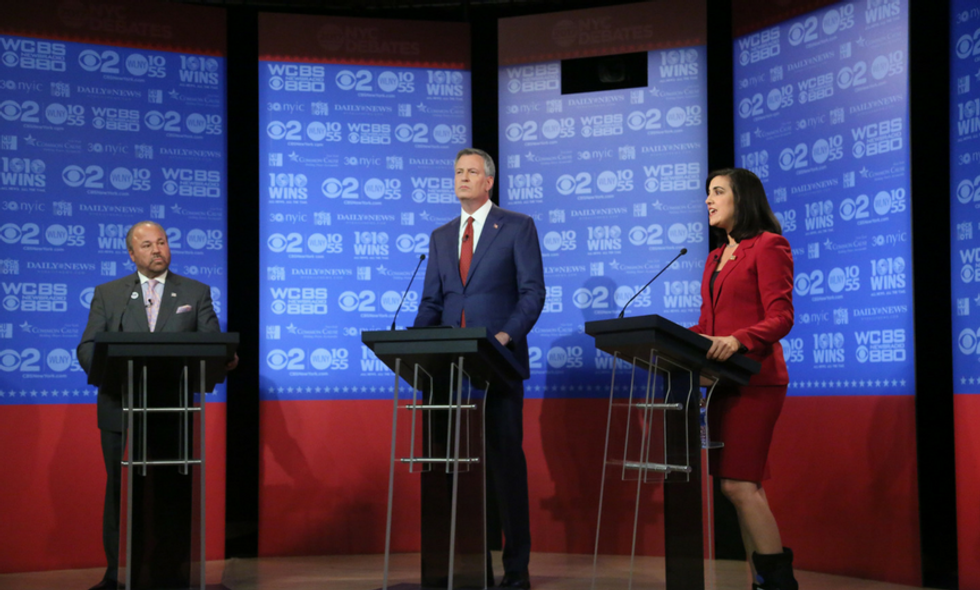 On November 7, 2017, New York City voters will go to the polls to elect all citywide elected officers including Mayor, Public Advocate, and Comptroller as well as all 5 borough presidents and all city council seats.

The major candidates running for mayor are the incumbent Democratic Mayor Bill de Blasio and Republican Assemblywoman Nicole Malliotakis. DeBlasio was elected to his first term in 2013, replacing outgoing Mayor Michael Bloomberg. He is considered a progressive Democrat and has advocated for Universal pre-K and affordable housing in the city. Malliotakis currently serves in the New York State Assembly representing the 64th District in Staten Island.

DeBlasio's campaign is touting a reduction in crime and the ending of the stop and frisk policy, while Malliotakis pins the MTA's recent woes and homeless panhandlers on de Blasio. De Blasio is widely seen as the favorite in the race. A Quinnipiac University poll in early October found de Blasio with a commanding lead over Malliotakis, up 67%-17&. An NBC News poll found de Blasio up 58%-16%.

Public Advocate Letitia James and Comptroller Scott Stringer, both Democrats, are running for re-election on Tuesday, as are all five borough presidents: Melinda Katz of Queens, Gale Brewer of Manhattan, James Oddo of Staten Island, Eric Adams of Brooklyn, and Ruben Diaz Jr. of the Bronx.

Polls in New York City open Tuesday at 6 AM and close at 9 PM. Voters can find their polling place here. Check back here for early, real-time election results and updates.