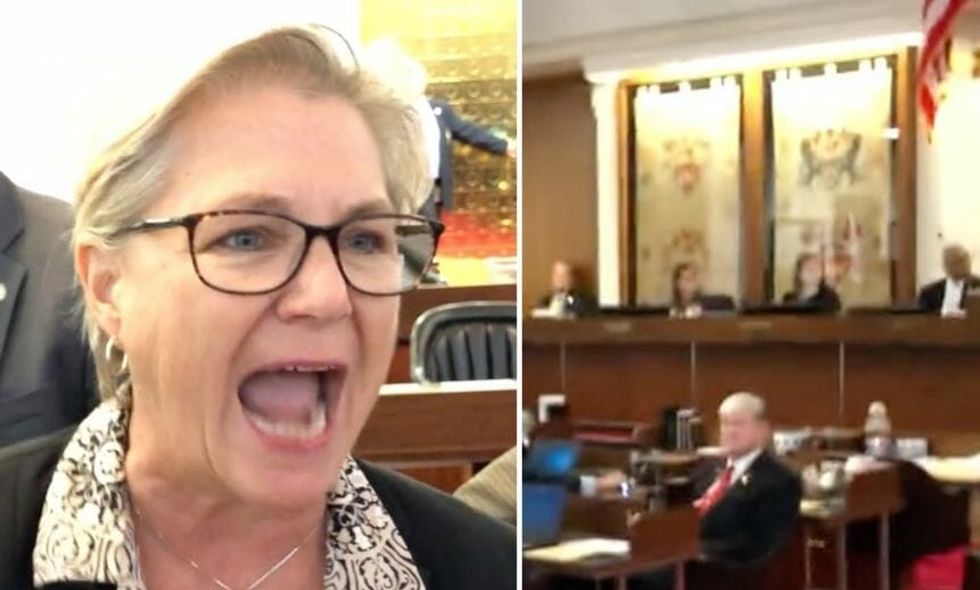 Republicans in the North Carolina House of Representatives held a surprise vote to override Democratic Governor Roy Cooper's veto of the state's budget.

The lawmakers held the vote while Governor Cooper and a majority of House Democrats were at an event commemorating the September 11 attacks, having previously been assured no votes would be held on the floor that day.

Due to the Democrats' absence, Republicans were able to achieve the two-thirds majority of those present to override the veto, with a final vote of 55-9.

Governor Cooper held a press conference to condemn the tactic.

Democratic state Representative Deb Butler railed against the override on the House floor.

“you are making a mockery of this process. You are deceiving the people of North Carolina. Your leadership is an embarrassment to the history of this great state."

At one point, Democrats surrounded Butler to protect her from arrest.

For his part, Moore said that all Democrats had to do was show up to work.

While the veto still applies ahead of a Senate vote to override it, North Carolina Republicans are facing criticism from their Democratic colleagues of "plainly unethical" behavior.

Less than one hour ago, I called for leadership filled with love and unity to honor this day in our nation’s histor… https://t.co/vIXfcISTWC
— Rep. Graig Meyer (@Rep. Graig Meyer) 1568207640.0

North Carolinians aren't too happy either.

@kylegriffin1 As a North Carolinian, non-surprisingly sickened and disgusted by yet another shameful act led by… https://t.co/y5BWItLP75
— Jason (@Jason) 1568221889.0

House Democrats are calling on their Republican colleagues to recall the vote before it heads to the Republican majority state Senate.