Newt Gingrich Just Suggested There's a Silver Lining for Republicans in the Death of Mollie Tibbets, and Twitter Is Dragging Him Hard 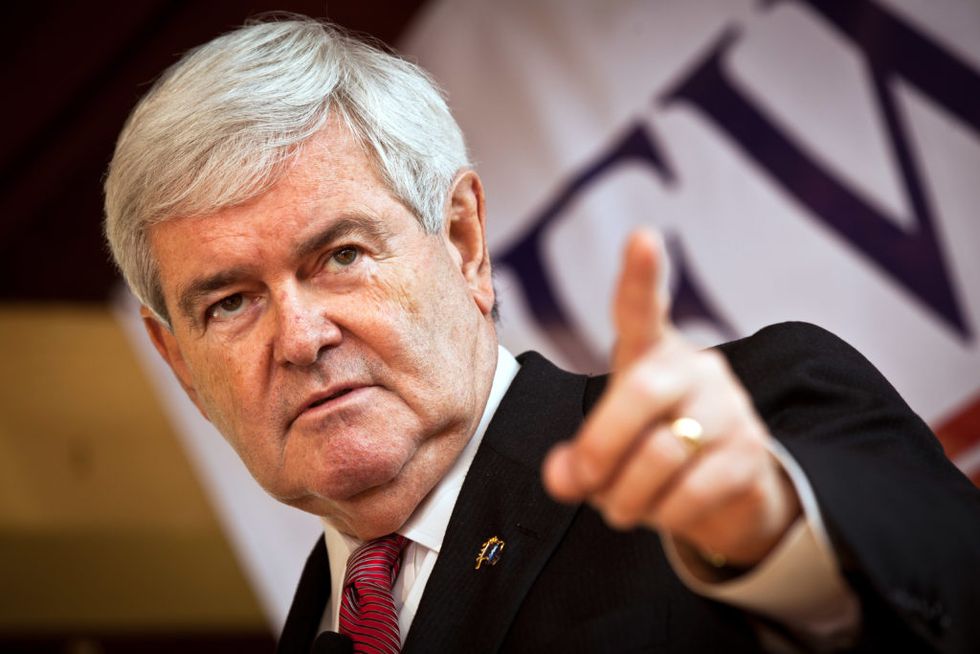 Former House Speaker Newt Gingrich (R-GA) on Wednesday said the murder of 20-year-old college student Mollie Tibbetts presents an opportunity for Republicans because Tibbetts was killed by an immigrant from Mexico.

In an email to Axios, Gingrich wrote that Democrats should worry about Tibbetts becoming a "household name" ahead of the midterm elections.

"If Mollie Tibbetts is a household name by October, Democrats will be in deep trouble. If we can be blocked by Manafort-Cohen, etc., the GOP could lose [the House] badly," Gingrich predicted.

He added that if Democrats can seize on the drama surrounding Paul Manafort, Michael Cohen, and President Donald Trump, then Republicans can use Tibbett's murder as a referendum on immigration.

"We are living in two alternative political universes," Gingrich said. "In one, Manafort-Cohen is dispositive. In the other, illegal immigrants killing Mollie Tibbetts is dispositive."

Gingrich's rank politicization of Tibbetts's death comes her family pleads with conservative politicians not to use her death to score political points.

"I don't want Mollie's memory to get lost amongst politics," Tibbetts' aunt, Billie Jo Calderwood, told CNN. Tibbetts' brother Jake said his family appreciates the outpouring of support but asks that their privacy is respected.

"Remember this as a time that the country came together for one girl. One girl that loved everyone. One girl that loved everything and wanted the best for everyone. Don't remember this as the time that someone made a very poor decision and took a girl away," he said. "We're going to miss her dearly but, to be honest, what made her so special is she was just like anyone standing here. She loved to run. She loved Harry Potter. She loved the hawks. She loved her family. She was goofy. She was clumsy."

Social media blew up with outrage at Gingrich's comments:

@thehill Using the dead child of strangers to promote your cause is outrageous! I am the mother of a dead son who s… https://t.co/c7mrc7rm87
— Stephanie Keegan (@Stephanie Keegan) 1535048698.0

@thehill Bless their hearts, it's so horrible how the republicans are trying to use their tragic misfortune to pick up voters.
— Shellz (@Shellz) 1535036540.0

Gingrich wasn't the only conservative politicizing Tibbetts's death, of course.

@kayleighmcenany @AmericaNewsroom @FoxNews Her family has asked you to stop politicizing her murder. Are you really… https://t.co/wDAG9BqfdP
— Brandon Levey (@Brandon Levey) 1535029277.0