Newt Gingrich Just Said the 2018 Election Will Come Down to These Two Words, and Trump Tried to Turn Them Into a New Campaign Slogan 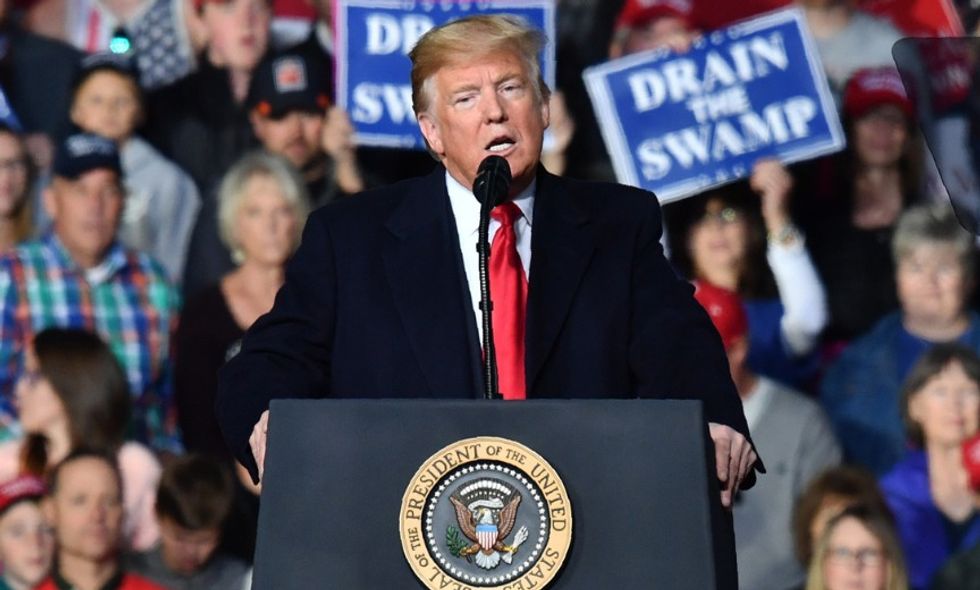 Former U.S. House Speaker Newt Gingrich (R-GA) on Wednesday told Sean Hannity that the 2018 midterms are going to be determined by two words - and President Donald Trump tried to turn them into a campaign slogan.

“I think two words are going to define the 2018 election in the next three weeks," Gingrich predicted on Fox News. "One is Kavanaugh and the other is caravan."

"The combination of anger over how the left smeared, engaged in character assassination, lied, used bullying tactics with Judge Kavanaugh is going to be one part of this," he said of the new Supreme Court Justice.

Gingrich then accused "the left" of wanting to shuttle "3,000 people in a caravan" across "the American border" to "break American law," and "recognizing if that happens the next caravan will be even bigger and the caravan after that will be even bigger." No evidence was presented to support the existence of caravans supported by Democrats.

At a campaign rally in Missoula, Montana on Thursday, Trump parroted Gingrich's remarks.

"You know what I'm talking about," Trump said, offering no evidence to back up his remarks.

No one in the audience appeared to know what Trump was talking about. His words landed with a thud, garnering no applause or cheers even after he repeated them.

@ABC Yes...common sense says he’s breaking the law, he will order others to cover it up, and Kavanaugh will make sure he isn’t convicted.
— Wesley Pollard (@Wesley Pollard) 1539910025.0

@ABC And on the fact that @realDonaldTrump and the @GOP have lied to us one too many times. We had enough of them n… https://t.co/GBLQ5PFSwN
— Michelangelo (@Michelangelo) 1539909905.0

Calls for "law and order" coming from Trump didn't play well either.

The cost of Trump's frequent personal travel to taxpayers was another point of contention.

Trump knows words, after all; he has the best words. But he's going to need more than a tainted Supreme Court justice and a make-believe caravan.