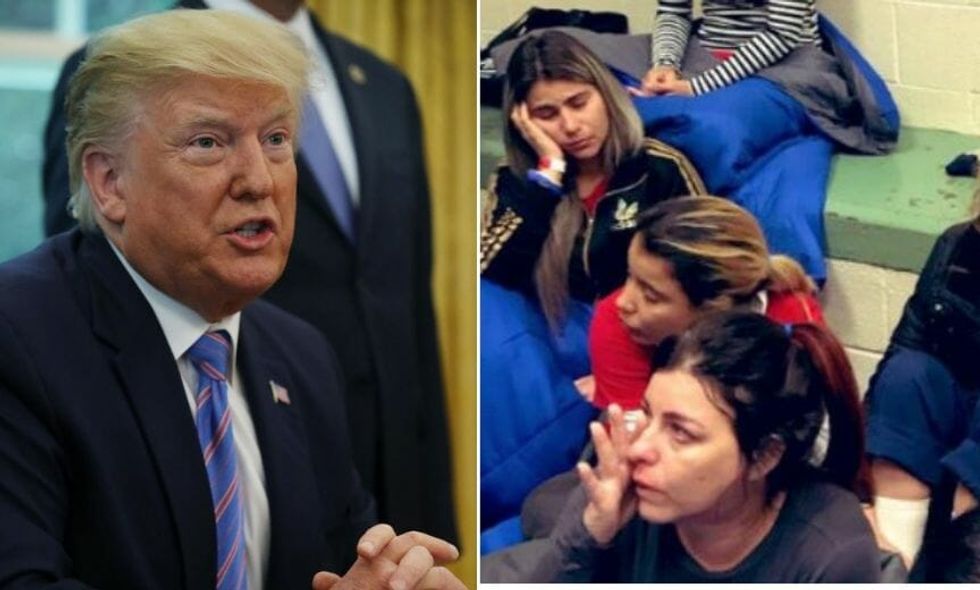 President Donald Trump frequently rails against news outlets that publish factual, if unflattering, information about the efforts of his administration.

One of those publications, the New York Times, just clapped back.

The response came after Trump read a recent Times report on the appalling conditions inside a migrant detention center in Clint, Texas. The exposé describes outbreaks of scabies and chickenpox, a powerful stench, immensely overcrowded accommodations, and more.

Trump wasn't happy to read the report, but rather than working to improve the conditions of the Clint, Texas detention center, Trump instead blamed the Times itself, accusing the paper of writing a "phony and exaggerated" report.

The Times soon responded with detailed information about how the report came to be and why the paper continues to be confident in the story's veracity.

The Times based the story on

"dozens of interviews...of current and former Border Patrol agents and supervisors; lawyers, lawmakers and aides who visited the facility; and an immigrant father whose children were held there. The review also included sworn statements from those who spent time at El Paso border facilities, inspection reports and accounts from neighbors in Clint."

The President, presumably assured that his more ardent supporters would dismiss the Times as "fake news," didn't respond.

@NYTimesPR @MalcolmNance @realDonaldTrump @nytimes Nope! It's not real until it's been on one of the presidents app… https://t.co/BpB86FRKQR
— Loren Michael (@Loren Michael) 1562576592.0

@NYTimesPR @MalcolmNance @realDonaldTrump @nytimes Nope! It's not real until it's been on one of the presidents app… https://t.co/BpB86FRKQR
— Loren Michael (@Loren Michael) 1562576592.0

Others clapped back at Trump themselves.

@realDonaldTrump @nytimes Your own administration claims otherwise… This is directly from YOUR Inspector General! https://t.co/TTWhPikGe8
— Ryan Hill (@Ryan Hill) 1562529189.0

@realDonaldTrump @nytimes The reports are neither phony nor exaggerated. The human beings in there are in squalid c… https://t.co/F2y3Jsn4Vd
— Lesley Abravanel🆘 (@Lesley Abravanel🆘) 1562530836.0