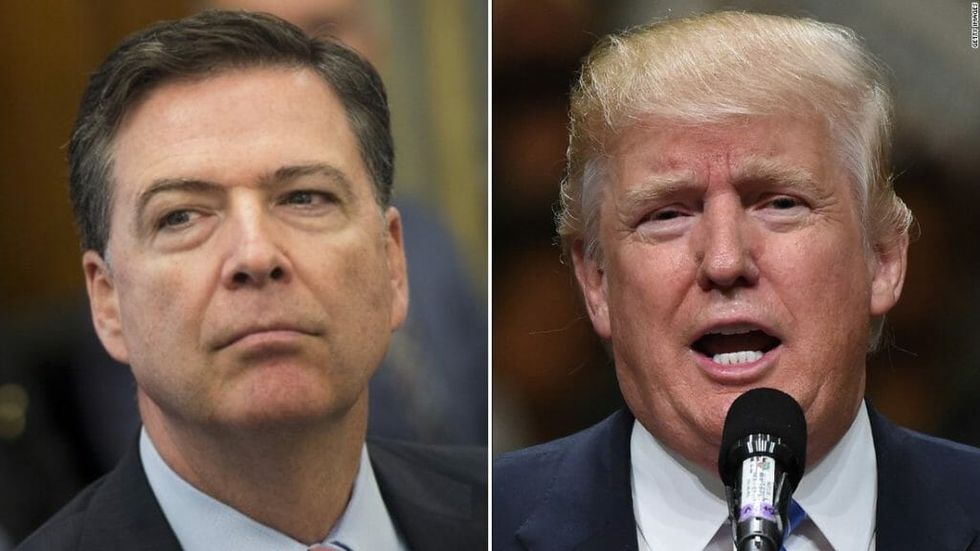 President Donald Trump's approval ratings have continued to move downward, according to the latest survey from Monmouth University. Notably, Trump's biggest decline came among residents in the swing counties that helped decide last year's presidential election. In the 300 counties where Trump's winning margin over Hillary Clinton, his Democratic opponent, was in the single digits, his approval rating dropped from 41 percent to 34 percent in the current poll.

"Trump has been losing support in the places that matter most," said Patrick Murray, director of the Monmouth University Polling Institute, in a statement.

Trump's overall job performance rating currently stands at a net negative 39 percent approve and 53 percent disapprove and, Monmouth notes, "was more evenly divided two months ago at 43% approve and 46% disapprove." The survey also found that Trump's approval rating has fallen in the counties he won over Clinton by 10 or more percentage points. In March, residents of the 2,500 Trump stronghold counties gave him a 55 percent approval rating, but that number, the latest poll shows, fell four percentage points to 51 percent.

The survey's respondents also delivered unwelcome numbers on the firing of former FBI Director James Comey, whom Trump fired on May 9. More Americans disapprove (50 percent) than approve (36 percent) of Trump's action, with nearly 6 in 10 reporting they believe it's likely Trump fired Comey in an effort to impede the continuing probe into whether he and his associates colluded with Russian operatives to win last year's election. Only 20 percent say they believe the Trump administration's explanation that Comey's sacking was due to the way he mishandled the investigation into Hillary Clinton's use of a private email server.

Roughly half of those surveyed (51 percent) say they are concerned Trump is "too friendly" toward Russia. That concern has grown since Monmouth asked this question in March (48 percent), in January ahead of Trump taking office (48 percent) and in August during his campaign (45 percent).

The public appears divided on whether Trump's attitude toward U.S.-Russia relations poses a threat to national security. Opinions shifted significantly after a Washington Post report revealed Trump disclosed highly classified information to Russian Foreign Minister Sergei Lavrov and Ambassador Sergey Kislyak, the latter a key figure in the probe into Russian interference. 43 percent of those surveyed stated they feel Trump's relationship with Russia is a national security risk before the Washington Post broke the story. That number spiked to 52 percent afterward.

“Most Americans have been ambivalent about Trump’s overt admiration for Russia, even after he opened the White House to Russian officials who may have helped interfere in our election," Murray said. "That ambivalence may be evaporating now that the public found out what he shared with them, whether it was by design or by accident."

The Monmouth University poll sampled 1,002 U.S. adults via telephone interviews from May 12 through May 17, with a margin of error of plus or minus 3.1 percentage points.