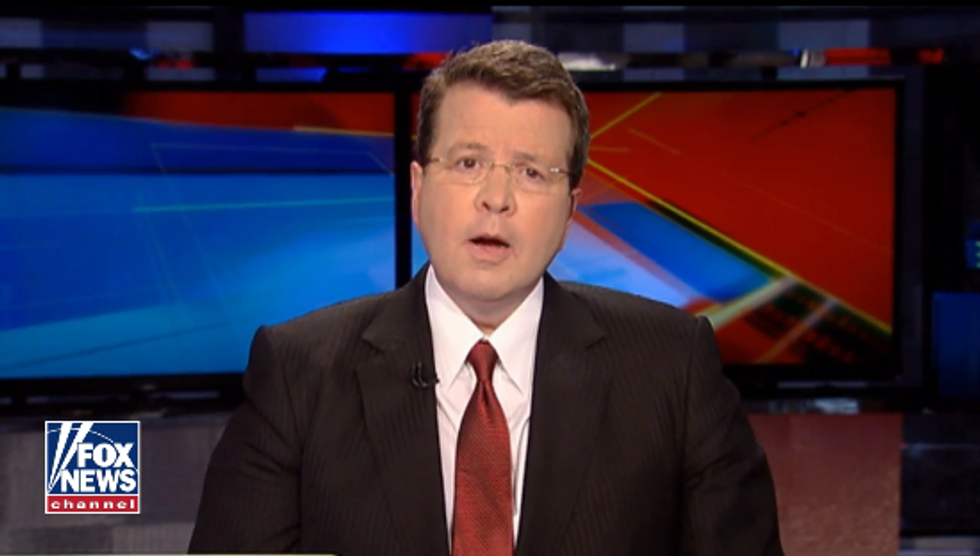 On his show Common Sense, Cavuto railed against Trump after an interview the president gave in which he predicted the economy would tank if he ends up getting impeached.

Trump told Ainsley Earhardt of Fox News on Thursday that "everybody would be poor" if he were to be removed from office.

"If I ever got impeached, I think the market would crash, I think everybody would be very poor,” the president said. Trump then pointed at his head and said: “because without this thinking, you would see numbers that you wouldn’t believe, in reverse."

Cavuto has had it with the president putting himself above the country and using the economy as a means of distracting from his personal scandals.

"Making money should never get in the way of simply getting answers. You don’t prevent a constitutional crisis by threatening a financial one. But, Mr.President, you guarantee both when your very actions and words create that crisis or make people think that you’re hiding one."

Cavuto referenced Trump's pretzeling narrative over hush money payments he made to two women before the 2016 election, for which his former attorney Michael Cohen has pleaded guilty to multiple federal felonies. The Fox News host said Trump's changing story is the real problem.

"What good is it to fatten your wallet if you’ve lost your soul? If you forget your friends and you embolden your enemies? You are right to say that some are out to get you, but often times, Mr. President, the problem is you: what you say, and how you keep changing what you say."

Cavuto noted the successes of the economy but cautioned that Trump's constant lying and unpresidential behavior are taking away from what should be a triumphant period of his presidency.

"None of these make the market any less impressive, maybe just the guy overseeing it all," Cavuto said. "President, you’re that guy, you’re both those guys. And you’re right to be frustrated, but you are part of what’s frustrating."

Cavuto ended by airing his frustration over Trump's amoral behavior, including his accusations that the press is engaging in "fake news."

"I know you'll call this fake, but the implications of what you're doing, Mr. President, are very real," Cavuto warned Trump. "You are so darned focused on promoting a financial boom that you fail to see that you are the one creating this moral bust. And we could all be the poorer for it."

Social media blew up with reactions to Cavuto, whose reputation as a Trump supporter has preceded him.

@TeamCavuto Well damn, Neil Cavuto just brought Truth to the White House doorstep like a Church Lady with a basket of "How ya doin" muffins.
— Kupo🎈 (@Kupo🎈) 1535087026.0

A couple Trump fans tried to come for Cavuto.

But they were immediately shut down.

Most people, however, were appreciative of Cavuto's dissent.

@TeamCavuto Neil Cavuto bravo to you,about time someone on Foxnews speaks the truth and has morals not to lie bless you !
— reneedewey (@reneedewey) 1535097788.0