NBA Issues Warning to NC After Passage of Anti-LGBT Law 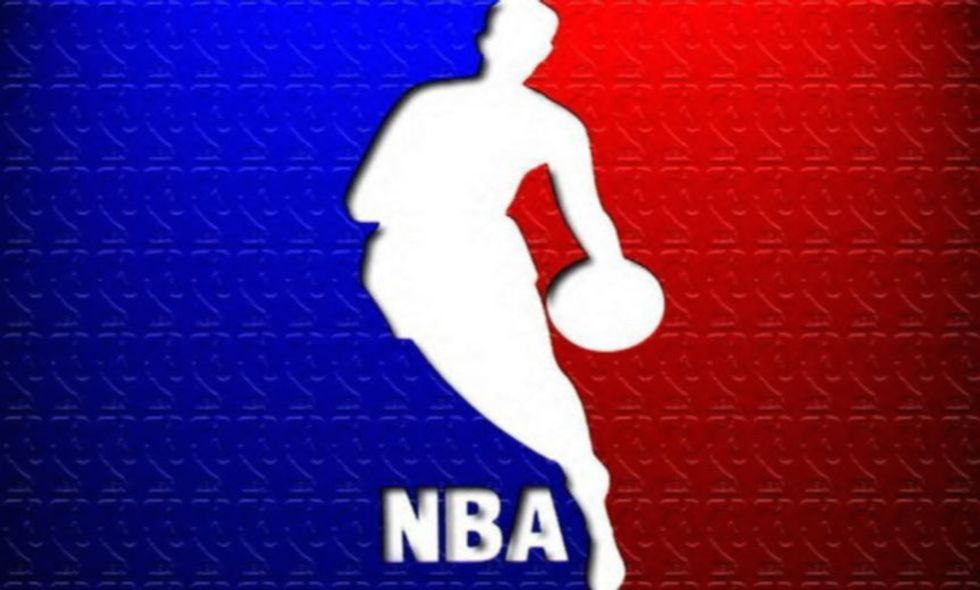 The National Basketball Association (NBA) condemned North Carolina for passing controversial anti-LGBT legislation Thursday: and the fate of next season's All-Star showcase is in jeopardy.

Wednesday evening, the North Carolina legislature passed a bill that overturns local gay and transgender protections. The bill was a direct response to a prior nondiscrimination ordinance in the city of Charlotte, which had offered a wide range of protections. Most notably, the Charlotte ordinance allowed citizens to use the restroom that best matches their gender identity.

"The NBA is dedicated to creating an inclusive environment for all who attend our games and events,” the league said in statement. “We are deeply concerned that this discriminatory law runs counter to our guiding principles of equality and mutual respect and do not yet know what impact it will have on our ability to successfully host the 2017 All-Star Game in Charlotte.”

Other sports organizations expressed similar concerns. The National Collegiate Athletic Association (NCAA) is also monitoring the situation; it has men’s basketball tournament games planned in North Carolina for 2017 and 2018. It also set a precedent for the NBA just last year in the state of Indiana. The NCAA, which has headquarters in Indianapolis, threatened to move future events out of the city after Indiana passed the Religious Freedom Restoration Act, giving businesses the right to refuse service to LGBT people. The state repealed the act not long afterward. Cable network ESPN said it “embraces diversity and inclusion and will evaluate all our options.” The Charlotte Motor Speedway was in consideration as a possible location for the organization’s Summer X games.

Criticism of the bill goes beyond the sports community.

Katie Cody, a spokeswoman for American Airlines, which has its second largest transportation hub in Charlotte, said that discriminatory laws go the against a “fundamental belief of equality.” Such legislation, she said, is “bad for the economies of the states in which

American Airlines previously signed a statement opposing anti-LGBT legislation, joining other major U.S. companies, including Wells Fargo and Microsoft. The companies said equality in the workplace is imperative for cultivating talent and that such state laws impede economic growth.

PayPal executives announced plans to hire 400 employees at a new operations center in Charlotte last week. The company expressed its disappointment in the legislation.

Marc Benioff, CEO of software company Salesforce, said he will appeal to Bank of America CEO Moynihan to condemn the new law. The lender has its base in Charlotte. Bank of America has been steadfast in our commitment to nondiscrimination and in our support for LGBT employees through progressive workplace policies and practices,” the company said in a statement.

Home improvement retailer Lowe’s has headquarters in Mooreville, North Carolina. Karen Cobb, a spokeswoman for the company, was concise. Lowe’s “opposes any measure in any state that would encourage or allow discrimination,” she said. Tech company Apple expressed similar disappointment and Google called the law “misguided and wrong.”

Economist Lee Badgett, a native of Winston-Salem, said companies foster nondiscriminatory environments for competitive reasons. “Businesses are worried about being able to recruit and retain the best employees, and laws like this are things they point to as making that harder,” said Badgett. Charlotte Mayor Jennifer Roberts said the legislation is “a bad bill for the Tar Heel State” in a statement. “This legislation threatens to undermine the economic growth and prosperity of Charlotte and North Carolina,” Roberts said. According to the Charlotte Regional Visitors Authority, the LGBT measure could deal a significant blow to tourism and hospitality, which is the fourth largest industry in the Charlotte region. $6.3 billion in annual revenue is at stake. “Because of the importance of the industry as an economic engine, we encourage further discussion on the issue to ensure the path forward represents the diverse voices of our region,” said Tom Murray, the agency’s CEO.

The backlash from both local and national business leaders is strong in the state of Georgia, whose legislature recently passed a measure to expand religious freedom. A number of major Georgia-based businesses—Coca-Cola, Home Depot and Arby’s among them—joined the Georgia Prospers coalition in response to the bill. Members of the coalition pledge to promote diversity in the Workforce. One Georgia-based telecom company, 373K, decided to move their headquarters to Nevada. “I’m gay, our CFO is gay, we have people from every walk of life working here,” said co-founder Kelvin Williams in a telephone interview with The New Civil Rights Movement. “I’ve got Muslims, Buddhists, atheists here. We’ve got great Christians working for us. They’ve never thought of not serving anyone—that’s not the message of Christ.”

The latest threat in Georgia comes from multiple prominent actors and movie directors, including celebrities Lee Daniels, Anne Hathaway, Julianne Moore and Rob Reiner. They all said they “plan to take our business elsewhere” in a letter to Governor Nathan Deal (R) should he sign the bill into law. The Walt Disney Corporation and its subsidiary, Marvel echoed this statement, pledging to relocate its headquarters “should any legislation allowing discriminatory practices be signed into state law.”