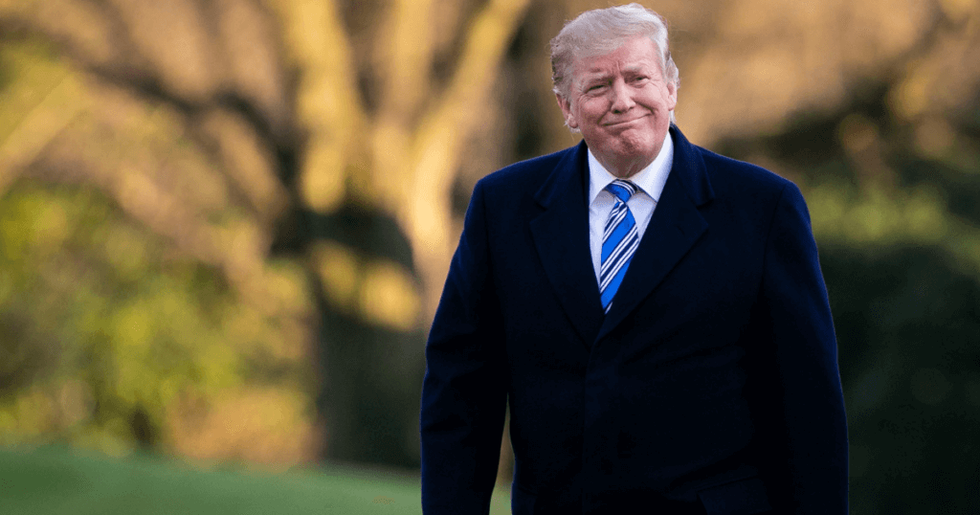 On Thursday, the United States Senate will vote on a measure to stop President Donald Trump's emergency declaration, and one conservative magazine's editorial board is urging dissent within Republican ranks.

The National Review's editorial board on Wednesday encouraged Senate Republicans to set politics aside and rebuke Trump's power grab.

"It’s not going to be easy for Senate Republicans to vote to disapprove of President Trump’s declaration of emergency at the border. They should do it, nonetheless, on principle and out of institutional self-respect."

In the op-ed, simply entitled "Disapprove," the board raises concerns over handing Trump a green light to bypass Congress, particularly because the president himself said he "didn't have to do" it.

"The problem with the emergency declaration is that, even if it’s technically legal (a matter of debate that will go up to the Supreme Court), it is clearly pretextual and a way to do an end-run around the congressional spending power," the board wrote. "The president himself in his press conference announcing the emergency said that he didn’t have to do it, but that he wanted to build new fencing more quickly than he could without the declaration."

Senate Republicans are "in an awkward position," the board said. Though the GOP caucus supports the president's desire to erect a border wall, "they just can’t support the means he’s using to get there."

The board conceded that bucking Trump on this one policy will not ameliorate the growing disparity between congressional and executive power. "It will show, though, that at least a fraction of one of the political parties is willing to stand up for how our constitutional system is supposed to work," it stressed.

"It’s a tough vote," the board concluded, "but a worthy one."

@thehill Republicans are having a hard time deciding if they support absolute, unchecked power or abiding by laws and the Constitution.
— Tom (@Tom) 1552497131.0

Some people are really skeptical about giving Republicans the benefit of the doubt on the subject of principle.

Trump is still quite popular among Republican voters, and even if the measure passes the Senate, Trump will veto it. Still, a symbolic rebuke would be a powerful statement against Trump's executive overreach.

@NRO It is always nice to agree with a principled conservative, they are so rare. thats a joke son In this case Do… https://t.co/tEtSDPwrSF
— Joseph Ferraro (@Joseph Ferraro) 1552514741.0

Could today's vote signal a shift in the political winds?

@thehill It's time that the GOP found its backbone and did what's right for AMERICA, not the party and definitively… https://t.co/4niLzTpQF3
— Godbie Withew (@Godbie Withew) 1552497105.0

@thehill Republicans are having a hard time deciding if they support absolute, unchecked power or abiding by laws and the Constitution.
— Tom (@Tom) 1552497131.0

We will find out shortly.