Largest Group of Christian Churches in the U.S. Just Called on Brett Kavanaugh to Step Aside 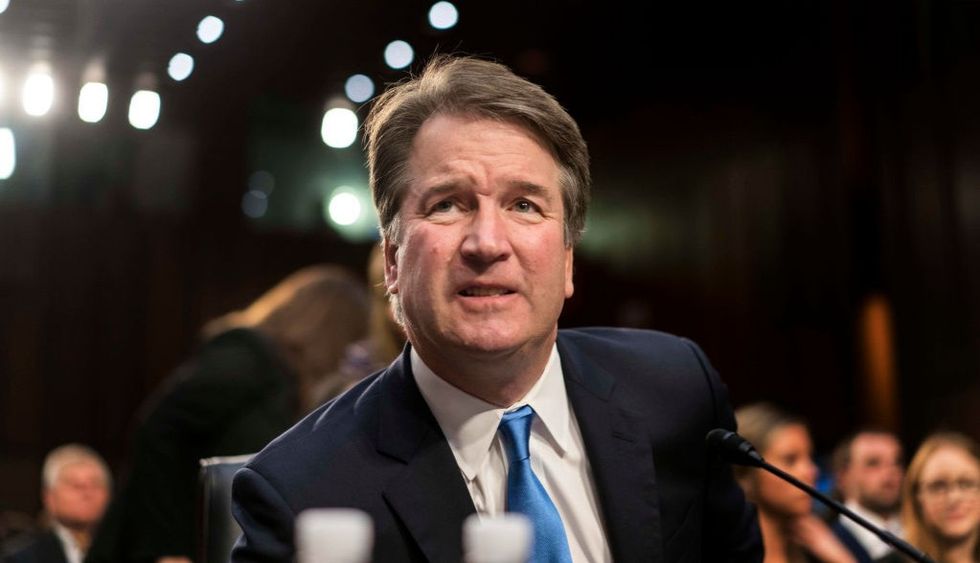 The National Council of Churches denounced the nomination of Brett Kavanaugh to the Supreme Court on Wednesday, saying in a statement that Kavanaugh “disqualified himself from this lifetime appointment and must step aside immediately.”

Unusually high traffic has shut our website down. Here is our statement calling for the withdrawal of Judge… https://t.co/0cesdRt7KO
— NCCCUSA (@NCCCUSA) 1538606321.0

NEW: National Council of Churches tells me they are adding the following paragraph to their statement calling on Ka… https://t.co/5o1QHXMKzv
— Jack Jenkins (@Jack Jenkins) 1538603672.0

The NCC said Kavanaugh "exhibited extreme partisan bias and disrespect towards certain members of the [Senate Judiciary Committee] and thereby demonstrated that he possesses neither the temperament nor the character essential for a member of the highest court in our nation."

Last week, Kavanaugh refused to answer questions during his testimony before the Senate Judiciary Committee and blamed the sexual assault allegations stalling his nomination on a “calculated and orchestrated political hit, fueled with apparent pent-up anger about President Trump and the 2016 election.”

He also blamed the Clintons.

“Fear that has been unfairly stoked about my judicial record,” Kavanaugh said. “Revenge on behalf of the Clintons. and millions of dollars in money from outside left-wing opposition groups.”

The NCC accused Kavanaugh of uttering “several misstatements and some outright falsehoods” during his testimony. "All citizens must be expected to speak truthfully under oath," the group said, "however, this is especially true for anyone who seeks a seat on the Supreme Court."

The organization also referred to Kavanaugh's judicial record as "troubling."

"Judge Kavanaugh’s extensive judicial and political record is troubling with regard to issues of voting rights, racial and gender justice, health care, the rights of people with disabilities, and environmental protections,” the NCC wrote. “This leads us to believe that he cannot be an impartial justice in cases that are sure to come before him at the Court.”

@thehill @billyeichner Finally! Thankful my Christian brothers and sisters who try to follow Christ and not a polit… https://t.co/kIRoGIJmvY
— Jessica Buchanan (@Jessica Buchanan) 1538609607.0

This is not the first instance of opposition that Kavanaugh has faced from the NCC and other groups.

In August, the NCC joined 36 other secular and faith-based organizations in a letter to the Senate opposing Kavanaugh's nomination because of his record on the separation of church and state.

of American democracy," the groups wrote.

"Judge Brett Kavanaugh appears to reject the commonly accepted legal principle that the Establishment Clause creates a “wall of separation.” In a 2017 lecture given to the American Enterprise Institute, he praised former Chief Justice William Rehnquist for, in Judge Kavanaugh’s words, “convincing the Court that the wall metaphor was wrong as a matter of law and history.” Before voting on his nomination, it is important that the Senate determine whether Judge Kavanaugh supports or rejects this fundamental constitutional principle. We cannot afford to have a Supreme Court that undermines the separation of church and state."

"The separation of church and state ensures religious freedom for all. Accordingly, we urge you to ask Judge Kavanaugh pointed questions and seek relevant documents that will shed light on whether he will uphold this fundamental protection."

Kavanaugh's confirmation process has of course been dominated by allegations of sexual assault during his youth, which first surfaced last month when psychology professor Dr. Christine Blasey Ford said Kavanaugh drunkenly tried to rape her at a house party in the early 1980's.

The FBI is currently investigating the claims against Kavanaugh, however, Republicans in the Senate have limited the Bureau's purview and plan to vote on Friday no matter what the FBI finds.