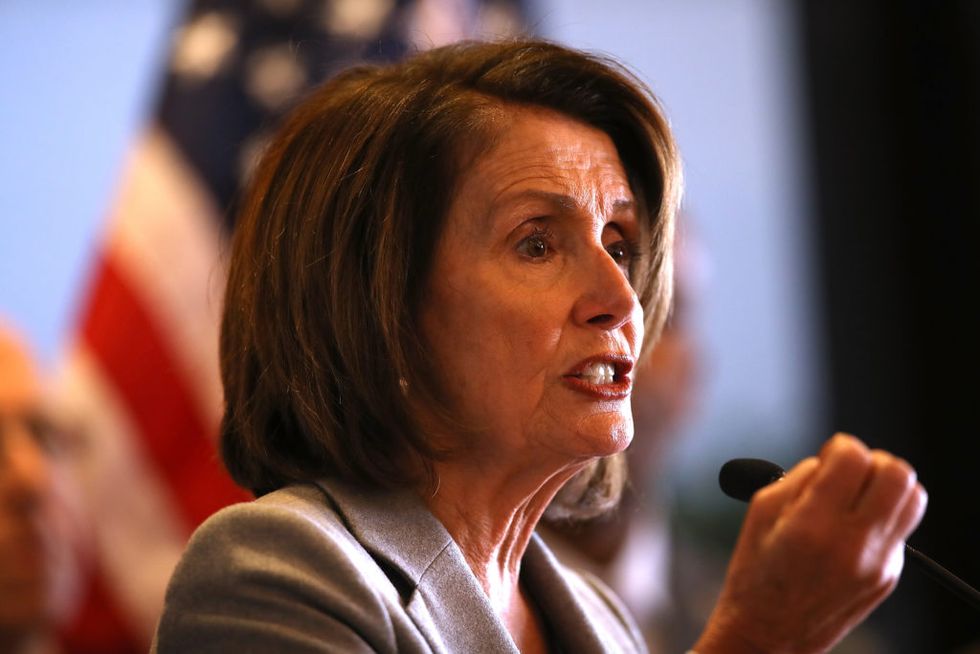 House Minority Leader Nancy Pelosi (D-CA) criticized House Majority Leader Kevin McCarthy (R-CA) for his claim that Twitter was censoring conservative voices when the tweet he employed to bolster in claim was, in fact, withheld because of his own account settings.

McCarthy had threatened to summon Twitter CEO Jack Dorsey to Congress to explain “what is going on" after he took a screenshot of a tweet by Fox News personality Laura Ingraham which had been hidden due to "potentially sensitive content."

“Another day, another example of conservatives being censored on social media,” he tweeted. “[Twitter CEO Jack Dorsey] easy fix: explain to Congress what is going on. #StopTheBias” he wrote.

Pelosi said McCarthy "chooses to perpetuate an outrageous conspiracy theory," adding that he's shown he "doesn't know how to use the platform."

Sadly, this is just the latest incident in a disturbing trend to slander conservatives. These damaging actions must… https://t.co/GKNutUNDYf
— Kevin McCarthy (@Kevin McCarthy) 1527789626.0

In recent days, President Donald Trump has also perpetuated the conspiracy, saying over the weekend that "Too many voices are being destroyed."

The president made similar claims last month, too.

Twitter shares fell four percent in afternoon trading on Juiy 26 after the president claimed that Twitter is limiting the visibility of prominent conservative voices on its platform.

The president claimed that Twitter is “SHADOW BANNING prominent Republicans,” a response to a story in VICE Magazine which alleged accounts owned by Republicans like Ronna McDaniel, the current chair of the Republican National Committee, were showing up in a general search of the website, but did not automatically populate when typing their names in the drop-down bar.

Twitter responded soon after, saying the company does not “shadow ban” its users. The company acknowledged that some accounts were not automatically populating but said that this is the result of a platform bug they are working to fix:

We are aware that some accounts are not automatically populating in our search box, and shipping a change to address this. The profiles, tweets and discussions about these accounts do appear when you search for them. To be clear, our behavioral ranking doesn’t make judgments based on political views or the substance of tweets.

The president made his comments after YouTube removed four videos from Jones’ channel that allegedly contained instances of hate speech and child endangerment. The company also issued one strike to Jones’ account.

“We have longstanding policies against child endangerment and hate speech,” a YouTube representative said in a statement at the time. “We apply our policies consistently according to the content in the videos, regardless of the speaker or the channel. We also have a clear three-strikes policy and we terminate channels when they receive three strikes in three months.”