Nancy Pelosi Just Responded to Trump's Tantrum About His Promised Infrastructure Bill, and It's Pretty Much All of Us 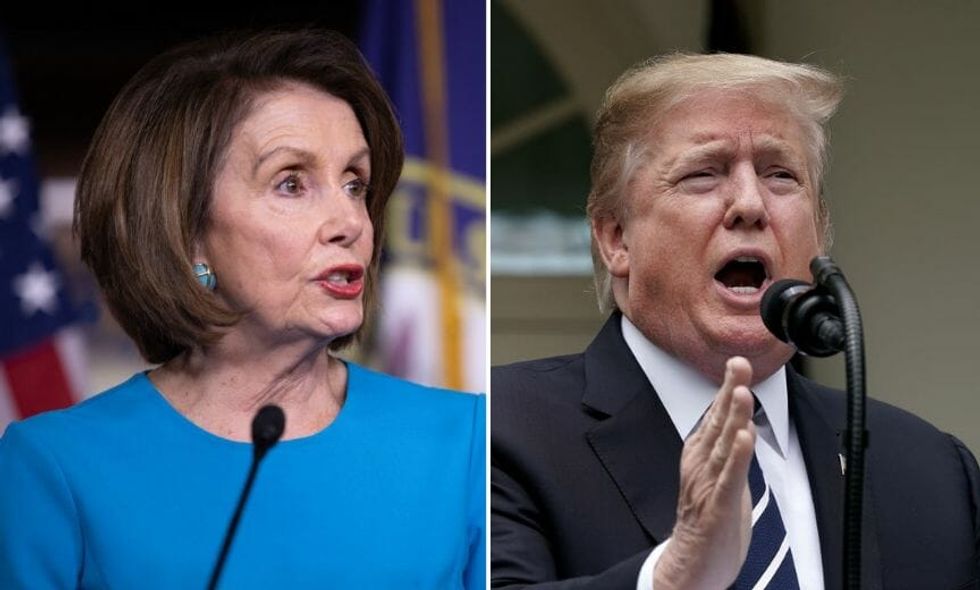 After storming out of an infrastructure meeting with House Speaker Nancy Pelosi (D-CA), Senate Minority Leader Chuck Schumer (D-NY), and other congressional Democrats, President Donald Trump took to the Rose Garden for a press conference.

Trump railed against the multiple investigations into him and his administration, also targeting the reporters present for covering the investigations. Trump then asserted that, as long as there are investigations against him, he will not work with Democrats on infrastructure funding:

"I walked into the room and I told Senator Schumer and House Speaker Pelosi, 'I want to do infrastructure, I want to do more than you want to do it, but, you know what? You can't do it under these conditions, get these phony investigations over with.'"

As Trump stormed out of the meeting, Pelosi reportedly said:

"I knew the president was not serious about infrastructure and would find a way out."

the president's refusal to work with Democrats to secure $2 trillion in funding for the nation's infrastructure projects while under investigation left many flabbergasted. Nevertheless, Trump doubled down on Twitter.

So sad that Nancy Pelosi and Chuck Schumer will never be able to see or understand the great promise of our Country… https://t.co/AxQ8e48ojq
— Donald J. Trump (@Donald J. Trump) 1558544481.0

....In the meantime, my Administration is achieving things that have never been done before, including unleashing p… https://t.co/z0G6MTGpOY
— Donald J. Trump (@Donald J. Trump) 1558544482.0

....Democrat leadership is tearing the United States apart, but I will continue to set records for the American Peo… https://t.co/VS7xeNlmHz
— Donald J. Trump (@Donald J. Trump) 1558544543.0

Despite Trump's claims, it's completely possible—and required by the oath of office—for a president to remain productive even when under investigation.

Others were quick to point this out, using former Democratic President Bill Clinton as an example.

The Senate and House Banking Committees began hearings on Whitewater in July 1994, and then a special Whitewater C… https://t.co/cz4ZSTWdM9
— Glenn Kessler (@Glenn Kessler) 1558540912.0

Others were unsettled by the disturbing ultimatum.

After a temper tantrum, Trump said he refuses to work on infrastructure unless the Democrats stop an investigation… https://t.co/z2VDizx67g
— Amy Siskind 🏳️‍🌈 (@Amy Siskind 🏳️‍🌈) 1558544762.0