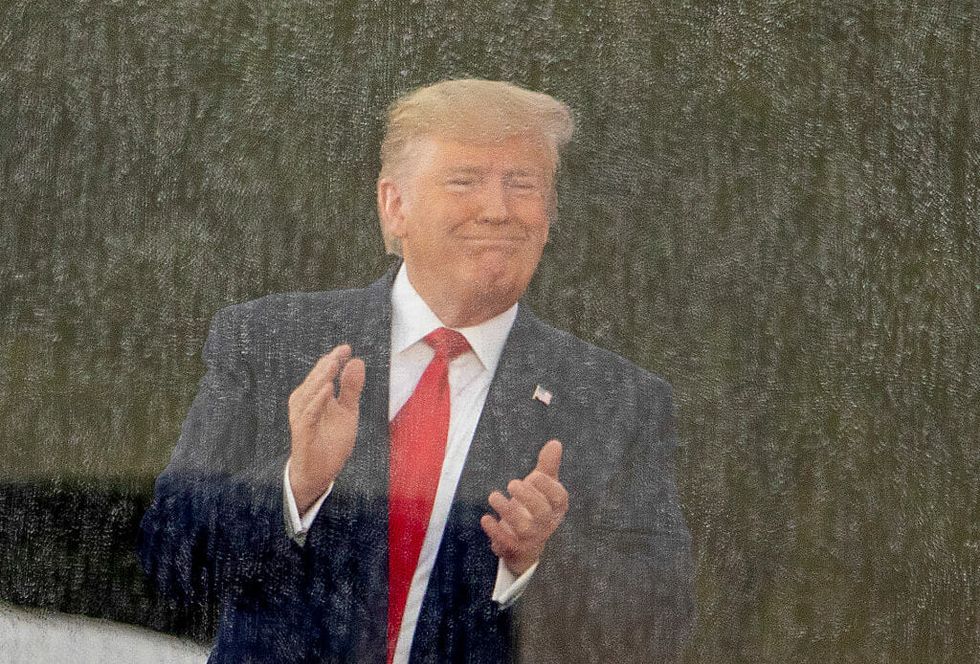 WASHINGTON, DC - JULY 04: President Donald Trump on greats supporters on July 04, 2019 in Washington, DC. President Trump is holding a "Salute to America" celebration on the National Mall on Independence Day this year with musical performances, a military flyover, and fireworks. (Photo by Tasos Katopodis/Getty Images)

Many Americans were concerned when news broke that President Donald Trump's Independence Day "Salute to America" diverted $2.5 million intended for National Parks upkeep into the soiree instead.

Now, Washington D.C.'s Democratic mayor, Muriel Bowser, is requesting reimbursement to the district after the celebration reportedly bankrupted the Emergency Planning and Security Fund (EPSF), designed to protect the nation's capital from terrorism and to provide necessary security during gatherings and festivals in the area.

Bowser warned that Trump's celebration strained the fund's resources, and that it will likely be completely "depleted" before the end of the current fiscal year.

Bowser urged Trump in a letter to reimburse the District:

"It is critical that the EPSF is fully reimbursed for these funds to ensure the District can uphold proper security and support during the remainder of the fiscal year without incurring a deficit for federal activities. As we continue to gather estimates for the next Inauguration, we ask for your help with ensuring the residents of the District of Columbia are not asked to cover millions of dollars of federal expenses and are able to maintain our high standards of protection for federal events."

People were disturbed that Trump let safety take the backseat to spectacle.

The fund used to carry large balances under Obama, but in less than three years, it has been bankrupted by Trump.… https://t.co/tg5F1W0YSs
— Sarah Reese Jones (@Sarah Reese Jones) 1562794079.0

They want the president to pay up, but expectations aren't high.

People weren't exactly surprised, however, that Trump drove another fund to bankruptcy.

For his part, Trump continues to brag on Twitter about the celebration's perceived success, citing the crowd size and a speech he gave from behind rain-drenched glass.

Trump still owes the District of Columbia $7 million for funds that went toward his inauguration festivities. It was the most expensive presidential inauguration in American history.