Mueller Report Reveals That Sarah Sanders Admitted to the FBI that Comments She Made about James Comey 'Were Not Founded on Anything' and, Yeah, We Know 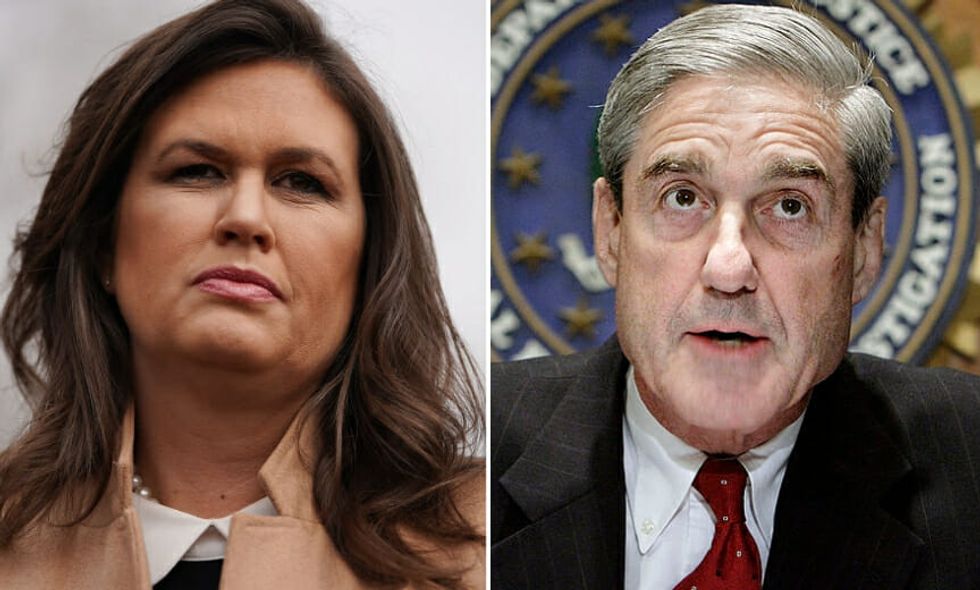 "She burns facts, and then she uses that ash to create a perfect smoky eye. Like maybe she’s born with it, maybe it’s lies. It’s probably lies."

Wolf might be feeling a degree of vindication this week with the public release of the redacted Mueller Report on Russian efforts to sabotage the 2016 presidential election. Among the revelations in its 448 pages is an admission from Sanders regarding her claims to journalists that "countless" FBI officials had lost faith in former Director James Comey, whose firing by President Donald Trump was seen by some as evidence of obstruction.

In her interview with the Special Counsel's Office, Sanders told the Mueller team that her dishonest comments were made "in the heat of the moment" and amounted to nothing more than a "slip of the tongue."

However, when a reporter asked why a majority of the FBI officials he had spoken to had faith in Comey's direction, Sanders doubled down on the claim.

FBI emails released in 2018 revealing disappointment in Comey's firing gave greater weight to Sanders's statement being false, but it wasn't until the release of the Mueller Report that she confirmed the baselessness herself:

According to the report, Sanders

"also recalled that her statement in a separate press interview that rank-and-file FBI agents had lost confidence in Corney was a comment she made 'in the heat of the moment' that was not founded on anything."

Sanders has yet to address the matter.