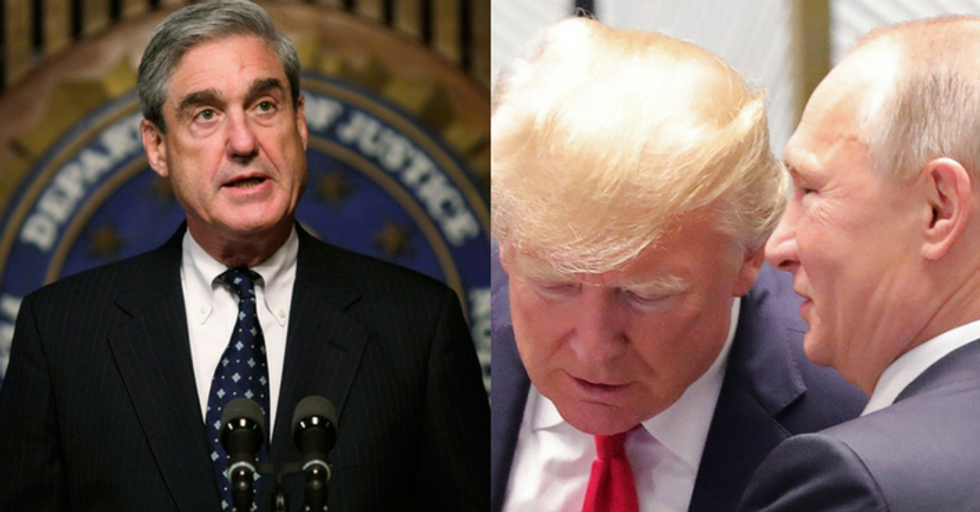 On the heels of a flurry of Tweets from President Donald Trump, quoting Fox News pundits and claiming the ongoing Russia investigation is just a witch hunt, news emerged of Robert Mueller and his team focusing on what the president knew about Russian hacking of the DNC servers and when he knew it.

Mueller’s team focused on Trump's knowledge of plans by Julian Assange and WikiLeaks to publish emails from the Democratic National Committee (DNC) and members of Hillary Clinton’s presidential campaign.

Investigators looked into Trump’s relationship with Republican operative and Trump adviser Roger Stone during the 2016 campaign. Questions of Stone’s connections to WikiLeaks, the site’s founder Julian Assange, and Trump himself, including his favorable policies towards Russia, seem to be a primary focus now.

Spoiler: Yes, he knew about the hacked emails. Mueller isn’t asking many questions he doesn’t know the answer(s) to… https://t.co/wP7jM3yeDs
— Counterchekist (@Counterchekist) 1519850255.0

In a statement to NBC Roger Stone stated Mueller's team had not interviewed him and he “never discussed WikiLeaks, Assange or the Hillary disclosures with candidate Trump, before during or after the election.”

Moscow's interference in the 2016 presidential election, including ties between Trump campaign associates and Russian operatives, is key to Mueller's probe.

During the resulting controversy, Trump declared “I love WikiLeaks” at a campaign rally while reading some of the leaked messages from his phone to the crowd.

THREAD: What does news that Mueller is investigating Trump's knowledge of email hacks mean? Is it a crime to know a… https://t.co/opHAveYX9i
— Renato Mariotti (@Renato Mariotti) 1519847452.0

You mean, just like the time Trump charged through machine gun fire to retrieve a wounded fellow Marine during a ba… https://t.co/LFf0s3ox1x
— Rick Wilson (@Rick Wilson) 1519707375.0