MSNBC Inadvertently Aired an Election Results Graphic for the Florida Governor's Race, and People Have Questions 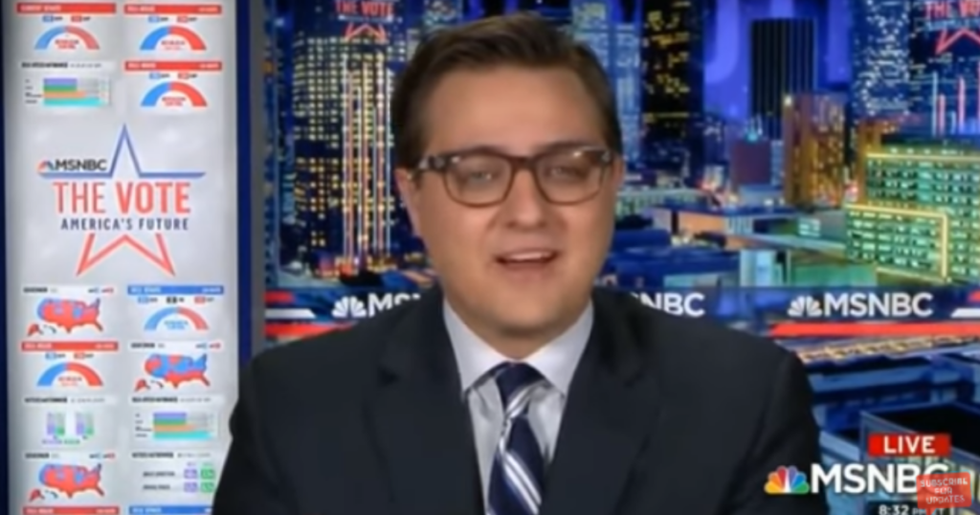 MSNBC on Monday accidentally aired a graphic showing the results of the race for governor of Florida, and the internet wants to know what exactly happened.

During All In with Chris Hayes, the network showed the results of the contest between Tallahassee Mayor Andrew Gillum (D) and former Congressman Ron DeSantis (R) ahead of Tuesday's election.

Living in the age of constant drones about "fake news" and perceived network bias means swaths of people have questions.

@SaraCarterDC @RonDeSantisFL Democrats which the main stream media is a part of, can't win without cheating .
— Larry (@Larry) 1541511191.0

Some people are convinced MSNBC is trying to rig the midterms.

No, MSNBC isn't trying to predict the future, and as far as we can tell, the simulation isn't glitching.

Rather, someone playing with graphics screwed up.

Hayes explained that the "system had inadvertently populated some test numbers" and the network does not have any vote totals ahead of the election.

“Quick clarification here,” Hayes said. “Just want to say, earlier this hour, uh, we showed a graphic of the Florida gubernatorial race. May have caught your eye because our system had inadvertently populated some test numbers. Obviously, we do not yet have any vote totals here, the night before the election. That was a misfire. Don’t worry. I was pretty confused when I saw it up there, to see it there myself.”

As of Tuesday morning, polling shows Gillum with a 4-point lead over DeSantis, 50-46 percent, which is within the margin of error for the final NBC News Marist poll.

But polls can be wrong, and spoiler graphics aside, it is still imperative that everyone who can vote, does.