Reporter Breaks Down Why Trump Fans Are 'Less Engaged' In Elections This Year–And, Yeah, That Tracks

Mitt Romney Just Compared Trump's First Year With How He Would Have Run the Country, and He's Flip Flopping Again 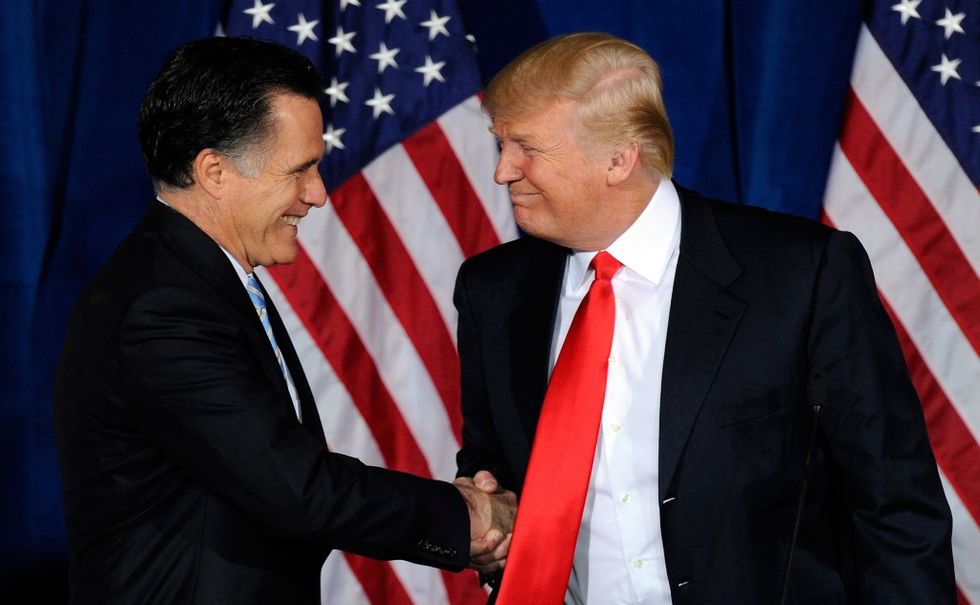 In 2012 when Romney ran for president, he sought and received Trump's endorsement. In February of that year, businessman Trump held a press conference to praise presidential candidate Romney at the Trump International Hotel & Tower in Las Vegas, Nevada.

But by 2016, businessman Romney called Republican presidential candidate Trump a “fraud” who was “playing the American public for suckers.”

In 2017, after President Trump delivered a lukewarm rebuke to white supremacists in Charlottesville, Virginia, Romney stated, “What he communicated caused racists to rejoice, minorities to weep and the vast heart of America to mourn. His apologists strain to explain that he didn’t mean what we heard.”

Now, at a campaign stop in West Valley City, Utah, senate candidate Romney appears to have climbed back aboard the Trump train.

“His first year is very similar to things I’d have done my first year,” Romney said, responding to a questions about how he plans to work with Trump given their history. “The things he’s actually done have been better than I expected.”

“If he says something which I believe is racist or divisive and serious, then I’ll point out that I disagree with that,” Romney remarked. “But I’m an honest enough person that if he does something right — and by the way he’s done a number of things right — I’ll be fully supportive of those things. I will support the president’s agenda when it’s good for Utah, and good for the country, and so far that’s been the case.”

How long this period of amicable relations lasts, remains to be seen.