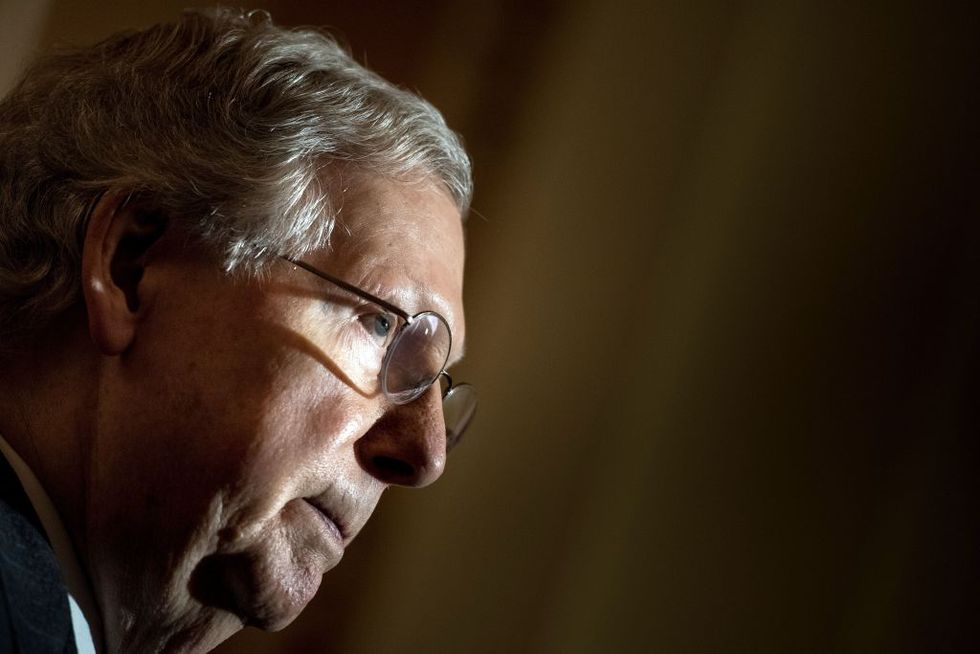 Senate Majority Leader Mitch McConnell says 2018 should be a year of bipartisanship, even if that means giving up GOP goals of cutting social services to the poor and elderly or repealing the Affordable Care Act. That sentiment is not shared by all of his colleagues, including Wisconsin Republican Speaker of the House Paul Ryan who vowed to gut both programs.

On Thursday, McConnell broke ranks with House leadership on the GOP aim to cut programs that serve America's poor and elderly, like Medicaid and food stamps. McConnell said he is "not interested" in using Senate budget rules, which require a simple majority, to allow Republicans to cut social programs without consulting Democrats.

"I think entitlement changes, to be sustained, almost always have to be bipartisan," McConnell said.

The House may have a different agenda. If our Democratic friends in the Senate want to join us to tackle any kind of entitlement reform, I'd be happy to take a look at it."

McConnell said he wants to spend 2018 focused on issues Republicans can work on with at least some Democrats in the Senate.

This has not been a very bipartisan year. I hope in the new year, we're going to pivot here and become more cooperative."

Republicans spent most of the past several years focused on efforts to repeal and replace the Affordable Care Act, or Obamacare. Democrats refused to work with Republicans to dismantle President Barack Obama's attempt to bring affordable healthcare to all Americans. Despite extensive time and energy spent on the attempts, Republicans failed each time. McConnell hopes 2018 will be different.

"Well, we obviously were unable to completely repeal and replace with a 52-48 Senate," McConnell said.

We'll have to take a look at what that looks like with a 51-49 Senate. But I think we'll probably move on to other issues."

The chances for legislation with only GOP support become slimmer in January when Senator-elect Doug Jones, a Democrat from Alabama who recently defeated Republican Roy Moore, takes office.

Republican demands to repeal Obamacare declined after they eliminated the individual mandate by zeroing out the tax penalty as part of their tax reform bill passed.

"I think the repeal of the individual mandate takes the heart out of Obamacare," McConnell said. "We want to steady the insurance markets if we can ... and I think we'll probably be addressing that part of health care sometime next year."

By eliminating the individual mandate in the tax bill we have pulled one of the pillars of Obamacare out. But by n… https://t.co/uX10WqOTmv
— Lindsey Graham (@Lindsey Graham) 1513888325.0

It remains to be seen if McConnell's call for bipartisanship is heeded or if he retains his leadership position within the Senate in 2018.