Pictures of Mitch McConnell and Trump's Treasury Secretary Posing In Front of a Wall of Gold Bars Just Emerged Online, and the Internet Is Having a Field Day 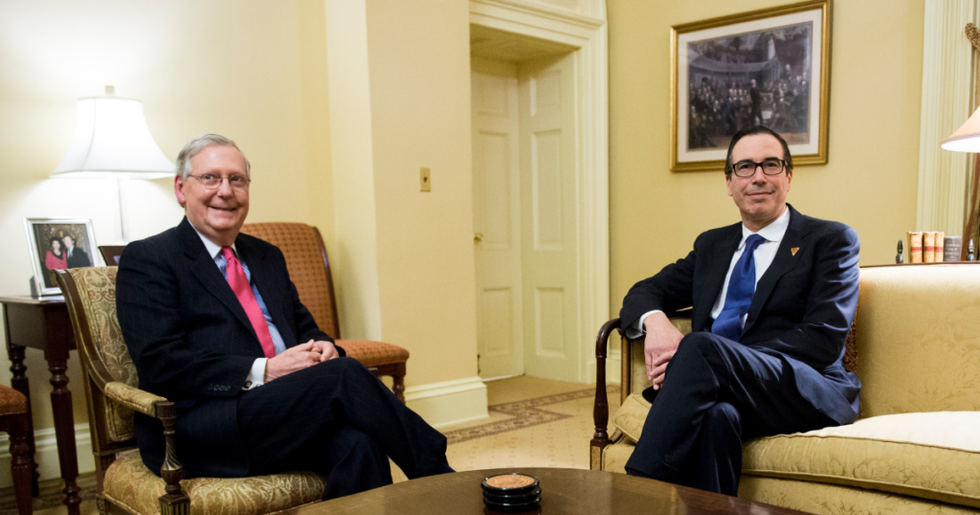 According to documents shared by Buzzfeed reporter Jason Leopold, this was "only the second visit of this type in the 80-year history of the facility."

Now, no one is suggesting there is anything nefarious going on here. But the optics of these Republican officials smiling amongst a trove of solid gold bullion is cringeworthy.

@JasonLeopold It's almost like they're taking it. From Americans who work hard. So they and their rich benefactors can get richer.
— Seth Wainer (@Seth Wainer) 1545057915.0

Talk about being on brand.

As if coddling the interests of the wealthiest Americans was not enough.

@JasonLeopold These photos are not only in bad taste, they demonstrate a lack of sobriety, a lack of respect for se… https://t.co/Ao8kjhAjJu
— Dori Smith (@Dori Smith) 1545063255.0

Is anyone surprised by this?

The truly remarkable aspect to these photos is that Fort Knox is supposed to be an impenetrable vault for our country's gold reserves.