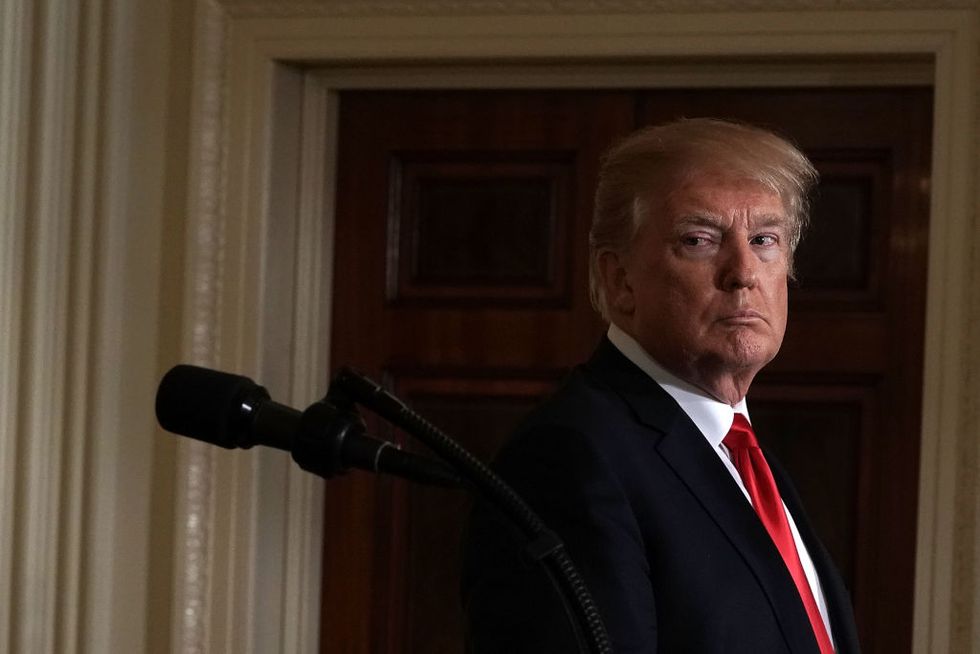 “The Department of Defense confirms that as of Feb. 23, 2018, there is one transgender individual under contract for service in the U.S. military,” Pentagon spokesman Major David Eastburn told CNN, adding that the individual has signed a contract but not yet started basic training. Eastburn did not confirm who the recruit is or say which branch the recruit signed up for.

The news comes as the president continues to debate how the Defense Department will integrate transgender persons into military service. U.S. Defense Secretary Jim Mattis provided his recommendations to the White House on transgender people serving in the military last week. Reports suggested Mattis would recommend that transgender troops be allowed to serve.

In July 2017, the president announced he would ban transgender people from serving in the military in any capacity, an abrupt reversal of an Obama administration decision which would have allowed them to serve openly.

Trump’s decision came a month after Defense Secretary Mattis announced he would delay implementation of the plan to allow transgender troops by six months. Mattis made the decision on the eve of a deadline set nearly two years ago by then-Defense Secretary Ashton Carter. The Joint Chiefs of Staff had requested a six-month reprieve, saying they needed to conduct a review of how allowing transgender recruits to serve would affect the military’s effectiveness.

“Since becoming the Secretary of Defense, I have emphasized that the Department of Defense must measure each policy decision against one critical standard: will the decision affect the readiness and lethality of the force?” Mattis said at the time. “Put another way, how will the decision affect the ability of America’s military to defend the nation? It is against this standard that I provide the following guidance on the way forward in accessing transgender individuals into the military Services.”

Former Defense Secretary Ashton Carter’s decision––a historic shift in gender policy––would have required all services to allow transgender individuals to enlist starting this year. In October, the Department of Defense distributed a commander’s training handbook and rolled out medical protocol and guidance for changing a service member’s gender in the Defense Eligibility Enrollment System per Carter’s guidelines.

“This is the right thing to do for our people and for the force,” Carter said in 2016, explaining his landmark decision. “We’re talking about talented Americans who are serving with distinction or who want the opportunity to serve. We can’t allow barriers unrelated to a person’s qualifications prevent us from recruiting and retaining those who can best accomplish the mission.”

Estimates of the number of transgender troops vary considerably. A RAND Corporation study says roughly 2,500 transgender personnel may be serving in the active duty military, and 1,500 in the reserves. The study estimates only 30 to 130 active duty troops out of a force of 1.3 million would seek transition-related health care each year, which would cost $2.4 million to $8.4 million. (Although Trump cited “medical costs” as the primary driver of the decision, total military spending on erectile dysfunction medicines amounts to $84 million annually, according to a Military Times analysis.)

Even as Trump’s announcement attempted to appeal to his hardline GOP base, the backlash from Republicans, including those with military experience, signals that there is bipartisan support for transgender people serving in the military. The statements from those with military service––including Arizona Senator John McCain and Iowa Senator Joni Ernst––counter the president’s claim that allowing transgender people to serve would create a “disruption” in the armed forces.

Following Trump’s announcement, a White House official insisted politics “was never an impetus” for Trump’s decision but said that “it will be fun to watch some of them [Democrats] have to defend this.” Another official said the move “forces Democrats in Rust Belt states like Ohio, Michigan, and Wisconsin, to take complete ownership of this issue,” which could hurt their political prospects.

Reports indicate that Trump’s decision to bar transgender individuals from military service came as a response to an internal House Republican fight over sex reassignment surgery which threatened funding for his border wall. White House sources told reporters that Trump’s sudden decision “was, in part, a last-ditch attempt to save a House proposal full of his campaign promises that was on the verge of defeat.”

Several federal judges have blocked the president's ban. In November 2017, for example, Judge Marvin Garbis noted, “A capricious, arbitrary, and unqualified tweet of new policy does not trump the methodical and systematic review by military stakeholders qualified to understand the ramifications of policy changes."