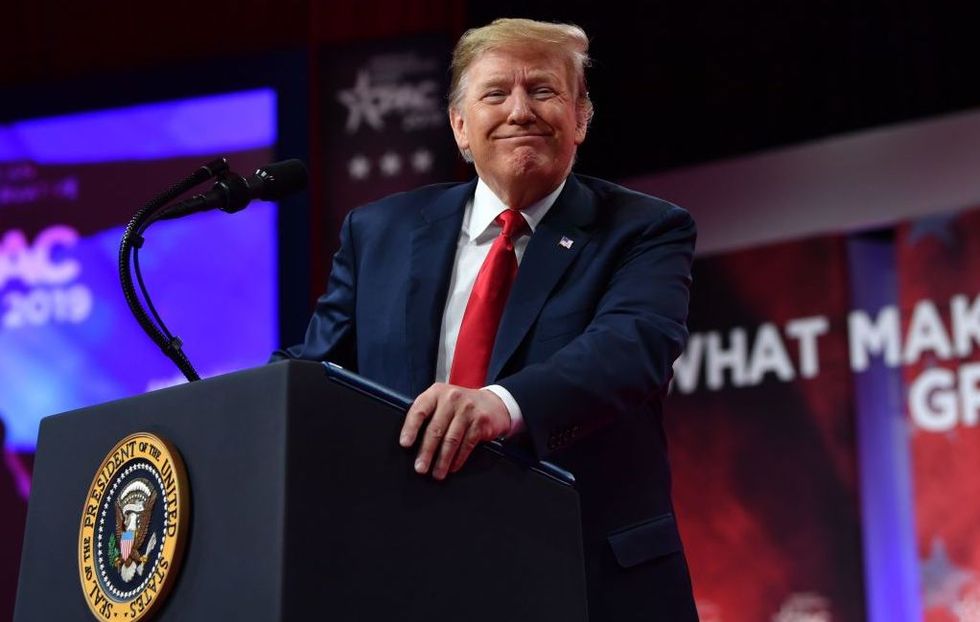 President Donald Trump claims to be a stable genius with the best words. For years he has challenged people to IQ tests—although failed to take one or provide verified results for any he may have taken in the past—and frequently insults the intelligence of others, especially African-Americans.

But just how brilliant is the President?

The President claimed to be at the top of his class academically and in the 1970s several New York publications shared his claim but later refuted it in the 1980s. So far none of his school transcripts from either Kew-Forest School or the New York Military Academy or his post high school alma maters, Fordham and Wharton, have been released.

Now his high school, the New York Military Academy, is sharing a similar story of intense secrecy regarding the President's high school grades.

Former academy headmaster Evan Jones told The Washington Post that the school first received pressure from Trump and his powerful allies to conceal his records in 2011. At that time, Trump challenged President Barack Obama to release his academic records claiming the 44th President such a poor student it was surprising he got into Ivy League schools.

Jones claimed the superintendent of the military academy "came to me in a panic because he had been accosted by prominent, wealthy alumni of the school who were Mr. Trump's friends."

"I moved them elsewhere on campus where they could not be released. It’s the only time I ever moved an alumnus’s records."

The 45th President's academic record and level of education and intelligence have been a matter of speculation for years.

The primary catalyst being Trump's many boastful statements about his superior intellect compared to his apparent difficulty with reading and his speech patterns. The President often tweets about how intellectually superior he is.

The President's infamous "stable genius" tweet continues to be used to mock him each time he comments on the intelligence of others.

While Trump's former attorney Cohen testified before Congress that one of his duties was to threaten the schools the President attended. Jones said he unaware of the source of the original request regarding Trump's records at the military academy.

The former superintendent found Trump's records in a filing cabinet in a basement on campus.

"I don’t know if we should be doing this," Jones recalled telling his boss.

"He told me that several wealthy alumni, including a close friend of Mr. Trump, were putting a lot of pressure on the administration to put the record in their custody for safekeeping."

In an added wrinkle, Trump's former boarding school was eventually sold to a Chinese investor in 2015. Given the extraordinary efforts the President took to keep all of his grades hidden people wonder who has those records now and what impact those records may have on trade negotiations and other relations with China.

People had little sympathy for the President however.

Trump won’t release school transcripts because his grades would be humiliating and damning. Same reason he won’t re… https://t.co/Jd3wQVp89G
— Tony Schwartz (@Tony Schwartz) 1551885889.0

The White House has not addressed the issue of the President's school transcripts or any plans to release his grades.