Mike Pence Just Tried to Claim That Donald Trump Is a Champion of Religious Freedom, and People Are Making a Pretty Obvious Point 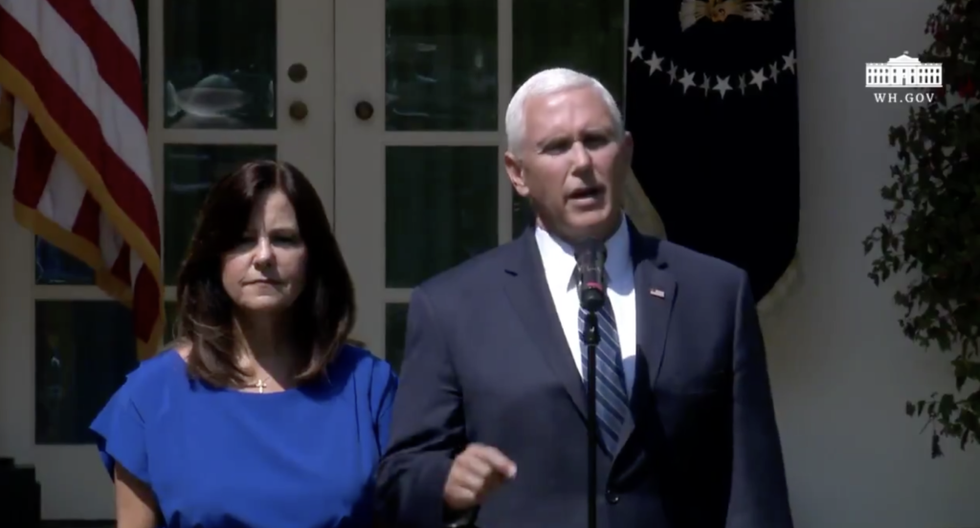 Vice President Mike Pence and his wife Karen addressed attendees of a National Day of Prayer event outside the White House on Thursday.

"President Trump has taken steps to ensure that the Federal Government will never, ever penalize anyone for their religious beliefs ever again."

"President Trump has taken steps to ensure that the Federal Government will never, ever penalize anyone for their r… https://t.co/j9c0dGsxC2
— The White House (@The White House) 1556817138.0

While the sentiment is nice, the vice president seems to be forgetting one thing...

Pence infamously threw his support behind Executive Order 13769, or Trump's ban on entry to the United States for citizens of predominantly Muslim countries.

I mean, you know, except for that thing where he banned an entire religion from entering the country. https://t.co/KUvGK3kkMG
— Ronald Klain (@Ronald Klain) 1556818379.0

So when Pence said "religious beliefs," people inferred that his words only applied to Christianity.

@WhiteHouse @VP Aka stacking the courts with radical zealots that support Christianity over other religions and civil liberties for others.
— CyndyLouHoo (@CyndyLouHoo) 1556817604.0