When Mike Pence Arrived in Iceland on His Official Visit, He Was Trolled With Well Placed LGBTQ Rainbow Flags 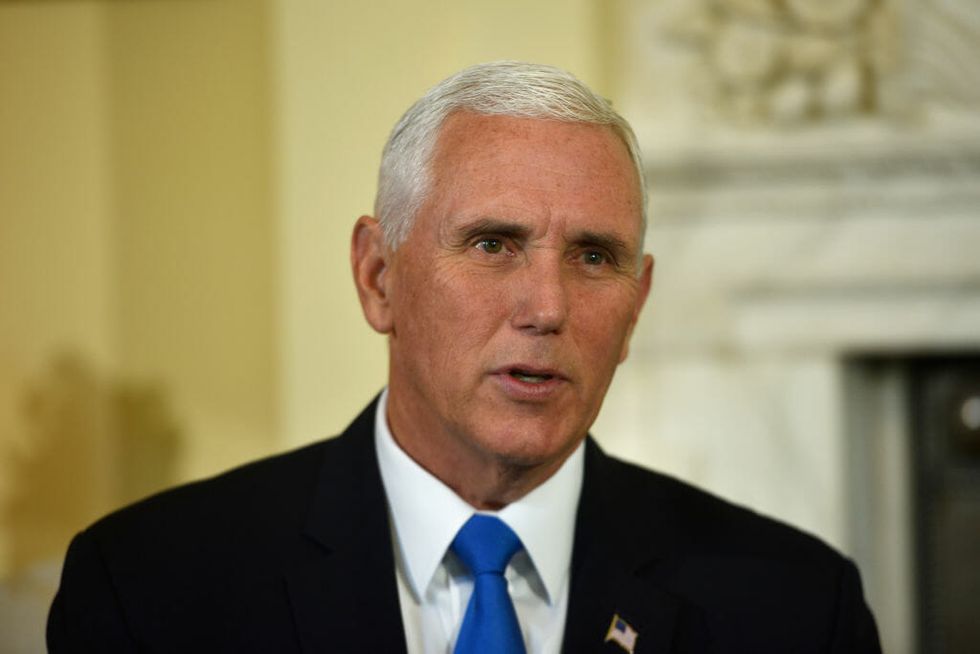 LONDON, ENGLAND - SEPTEMBER 05: US Vice President Mike Pence meets with Prime Minister Boris Johnson (not pictured) inside 10 Downing Street on September 5, 2019 in London, England. Ahead of today's meeting with the British Prime Minister, Mike Pence had already stated that the US stands with the UK over Brexit. Boris Johnson lost two critical votes in Parliament last night. The first was the Bill bought by Labour's Hilary Benn to prevent a "No-deal" Brexit and the second was his own to hold a general election on the 15th October. (Photo by Peter Summers/Getty Images)

Vice President Mike Pence's penchant for homophobia is well-known. He advocated that funding for HIV/AIDS research be reallocated to gay conversion therapy. In 2015, he signed a religious freedom bill as Indiana governor that gave license to anti-LGBTQ discrimination. In 2019, his wife was hired to work at a Christian school forbidding LGBTQ teachers and students.

So after Pence arrived in Iceland, a stop on his European tour, one company found the perfect way to troll him.

“We just felt the need to celebrate diversity today and wanted to show that by flying the flags.”

Here is a photo of Icelands President Guðni Th. Jóhannesson wearing a Rainbow bracelet when meeting the likes of Pu… https://t.co/J9Wvrb2pk6
— Heklina (@Heklina) 1567627827.0

People in Iceland and outside admired the colorful trolling of Pence.

Maybe Americans should take this up as a tradition.