Mike Pence Just Defended Trump's Policy Not to Allow U.S. Embassies Abroad to Fly the Pride Flag, Because of Course He Did 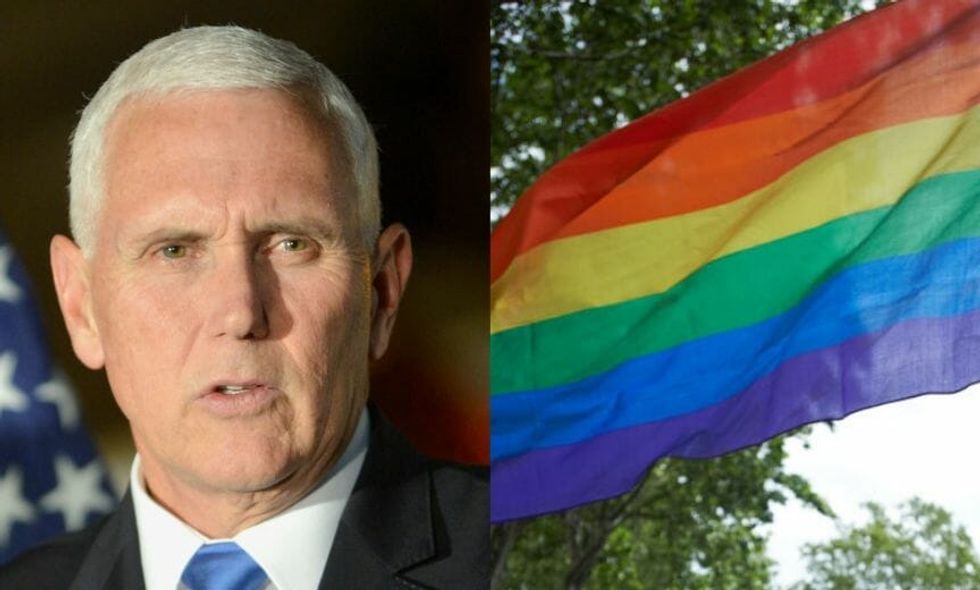 Vice President Mike Pence is infamous for his anti-LGBTQ positions. He once sought to divert HIV funding in favor of conversion therapy, and once said LGBTQ people posed a threat of societal collapse.

So it may not come as a surprise that Pence rushed to the defense of the Trump administration after it wouldn't approve US embassies abroad to fly rainbow flags in celebration of LGBTQ Pride month.

Pence said in an interview with NBC News that the move was "the right decision." He continued:

"As the president said on the night we were elected, we're proud to be able to serve every American. We both feel that way very passionately, but when it comes to the American flagpole, and American embassies, and capitals around the world, one American flag flies."

The order for embassies not to fly rainbow flags for Pride is another reversal from former President Barack Obama's administration, which allowed permission without hesitation, only stipulating that the rainbow flag be smaller than the American flag and fly under it. By 2016, embassy officials didn't even have to reach out about the flag, with the administration leaving it to the discretion of the embassy's ambassador.

People weren't surprised that Pence defended the reversal, but they were nonetheless dismayed.

@NBCNews Yes, because he’s a bigot. Pretending to be a devout Christian while demonizing others is what he does.
— Dave Coulton (@Dave Coulton) 1560214441.0

Despite the order, some embassies have begun flying the rainbow Pride flag without permission.