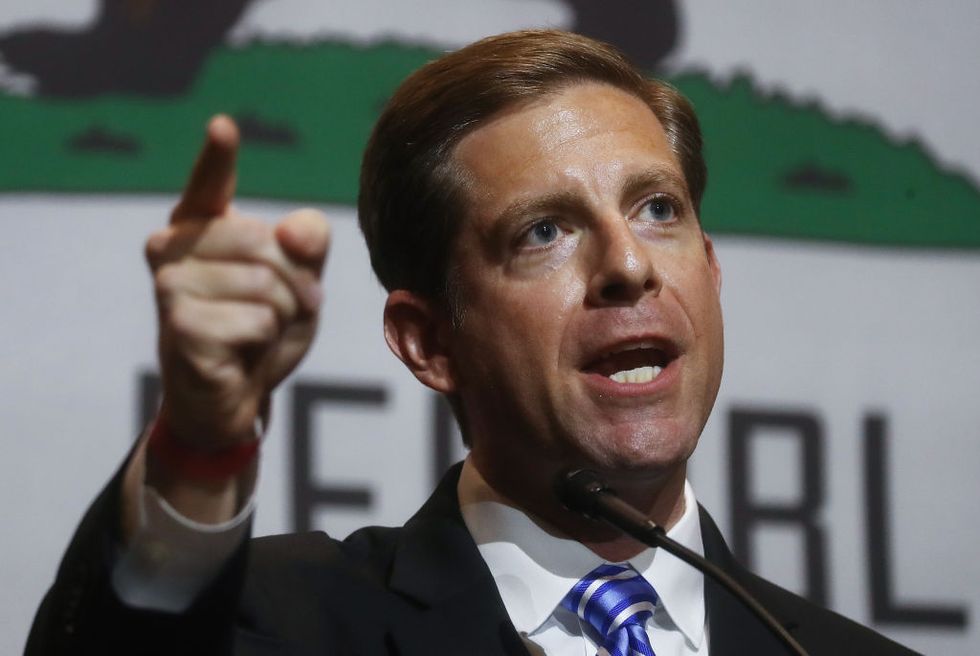 Mike Levin, an environmental activist and Democratic politician, has been declared the winner in California's 49th District, earning 53.5 percent of the vote, according to the most up-to-date returns. His opponent, Republican Diane Harkey, received 46.5 percent of the vote.

Levin thanked his supporters for helping him flip the district in a series of televised appearances.

Great first stop this morning on @nbcsandiego! I’m so proud of everyone who worked so hard to finally #FlipThe49th! https://t.co/KqMvrsRHoU
— Mike Levin (@Mike Levin) 1541599706.0

Levin sought the seat after the 2016 election, once telling reporters: "Really, when Donald Trump became president of the United States, I was there in New York watching election returns, and I realized on the way home that the time is now for all of us."

“My district was never in play this cycle. And so it was never funded and quite frankly we know the results already and there will be a Democrat representing La Jolla to Solana Beach for the first time in a number of years,” he said in a live interview.

“I have to remind people I took that part of the district from a Democrat and someday it will be taken back,” Issa said. “For now California is leaning very hard to the left.”

The seat in the 49th District, which stretches between San Diego and Long Beach, had been open since Issa announced his retirement from politics.

In the primary election in June, Levin came in second in total votes to Harkey and advanced to the general election. Levin has received endorsements from former President Barack Obama and the League of Conservation Voters (LCV) Action Fund.

Levin's work in clean energy––he founded CleanTech OC, a clean energy trade association––has greatly influenced his platform. He has emphasized the need for “Accelerating Sustainable Energy and Environmental Protection.” He wants the 49th District “at the forefront of clean energy economic growth." He has also gone on record to say he believes “strongly in the overwhelming scientific consensus that climate change is driven by human activity.”

Levin has also positioned himself as a potential opponent to President Donald Trump, once clashing with his opponent Harkey during a debate. Levin has expressed opposition to the president's decision to withdraw from the Paris Climate Accords. He has also criticized the GOP tax plan and the president's tariffs on steel and aluminum.

“I think it is critically important to have a member of Congress who is not just a rubber stamp for the Trump administration," he said at the time.