At least he's being honest. 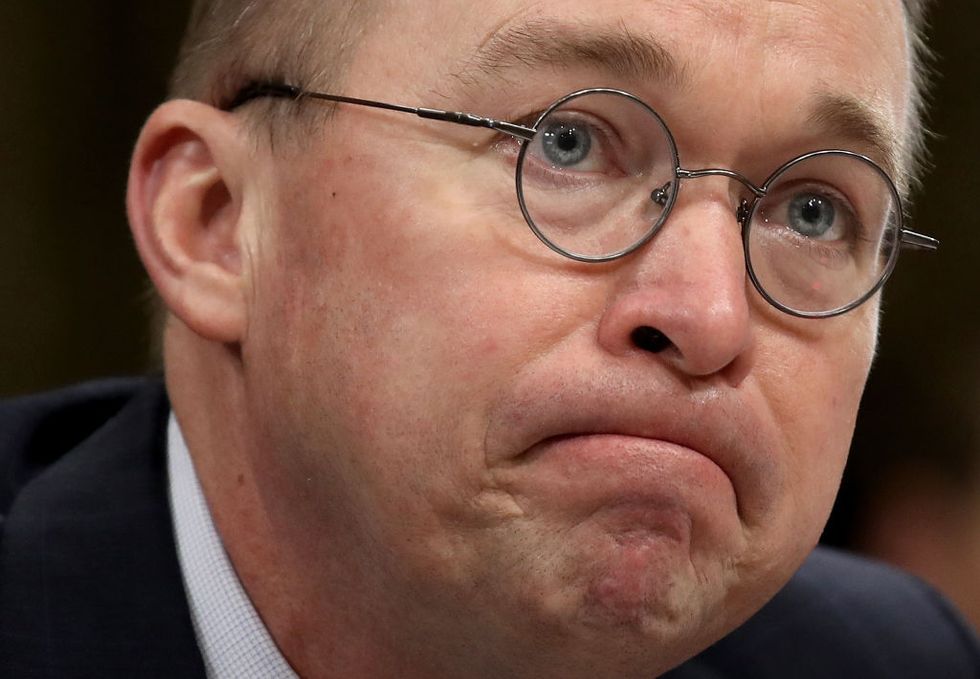 During his testimony at a Senate budget hearing, Mick Mulvaney, President Donald Trump's budget director, told lawmakers that if he were still in Congress, he would not vote for the $4.4 trillion proposal he was presenting.

"If you were in Congress, would you have voted for this budget that you're presenting?" asked Senator Patty Murray (D-WA).

"As a member of Congress representing the 5th District of South Carolina, I probably would have found enough shortcomings in this to vote against it," said Mulvaney. "But I'm the director of the Office of Management and Budget, and my job is to fund the president's priorities, which is exactly what we did."

"So you would say this is a no, as a member of Congress?" Murray asked.

"Yeah, I think I've said that before," Mulvaney said. "I don't think that reflects on my opinion of it as a member of the administration."

"I'm just trying to give an honest answer to an honest question," he said.

Mulvaney's comments quickly attracted negative attention from many who suggested it's highly unusual for a budget director to criticize the budget proposal he personally had a hand in making. However, Meghan Burris, a spokeswoman for the Office of Management and Budget, claimed Mulvaney wasn't talking about the budget proposal when he answered Senator Murray's question. She claimed Mulvaney was referring to the recent "caps deal" and not President Donald Trump's budget, even though Murray specifically asked Mulvaney if he would vote for the budget (and Mulvaney did not mention the caps deal in his response).

Just to be clear, Director Mulvaney was referring to the recent caps deal when answering Senator Murray's question this morning," Burns wrote in an email to media outlets. "Naturally, he would vote for the president's FY19 budget that he released yesterday."

The budget proposal has been the subject of harsh condemnation since it was unveiled, with many critics referring to it as an example of governmental austerity. The budget, among other things, aims to end automatic pay raises for federal workers, aims to replace food stamps with meal kits akin to Blue Apron, would cut Medicaid, would slash the State Department by 25 percent, would slash the Health Department by 21 percent, and cut $1 billion from global HIV funding in 2019, a 20 percent reduction from current levels