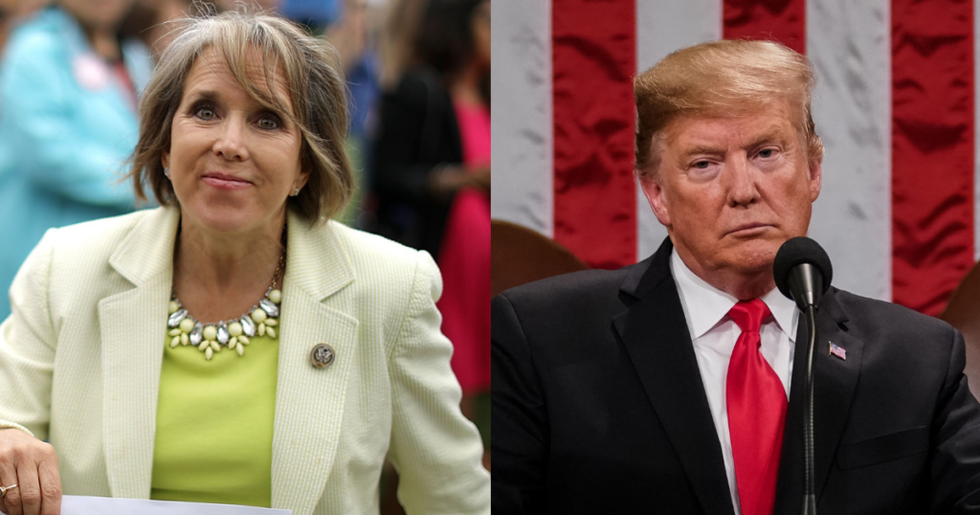 Democratic New Mexico Governor Michelle Lujan Grisham ordered a withdrawal of most of the state's National Guard troops from the southern border in a direct rebuke of President Donald Trump and his fixation with a non-existent border crisis.

“New Mexico will not take part in the president’s charade of border fear-mongering by misusing our diligent National Guard troops."

Lujan Grisham rejects the “federal contention that there exists an overwhelming national security crisis at the southern border," she said.

The Associated Press reported that roughly a dozen troops in Hidalgo County, however, will remain in place to "assist with the ongoing humanitarian needs of communities there."

The Governor continued, elaborating that only troops legitimately needed at the border would remain:

“I recognize and appreciate the legitimate concerns of residents and officials in southwestern New Mexico, particularly Hidalgo County, who have asked for our assistance, as migrants and asylum-seekers continue to appear at their doorstep."

Since October, "more than 26 groups of 100 or more people have turned themselves in to agents in Antelope Wells. Most are parents with children and unaccompanied minors," The Albuquerque Journal wrote, citing Border Patrol data.

She is getting praised for her willingness to stand up to Trump.

Some think Trump militarizing the border over a non-existent emergency is ridiculous.

The troops are not Trump's pawns.

During his State of the Union address Tuesday night, Trump repeated his false claim that there is a "tremendous onslaught" of immigrants flooding into the United States from Mexico.

"This is a moral issue," Trump said. "The lawless state of our southern border is a threat to the safety, security and financial well-being of all Americans."

Trump has threatened to shut down the government for a fourth time if Congress fails to approve money for a border wall before government funding runs out next Friday. The president is also considering declaring a state of national emergency if he does not get his way.

House Speaker Nancy Pelosi (D-CA) has said Trump's demand for money to build a wall is a "non-starter."