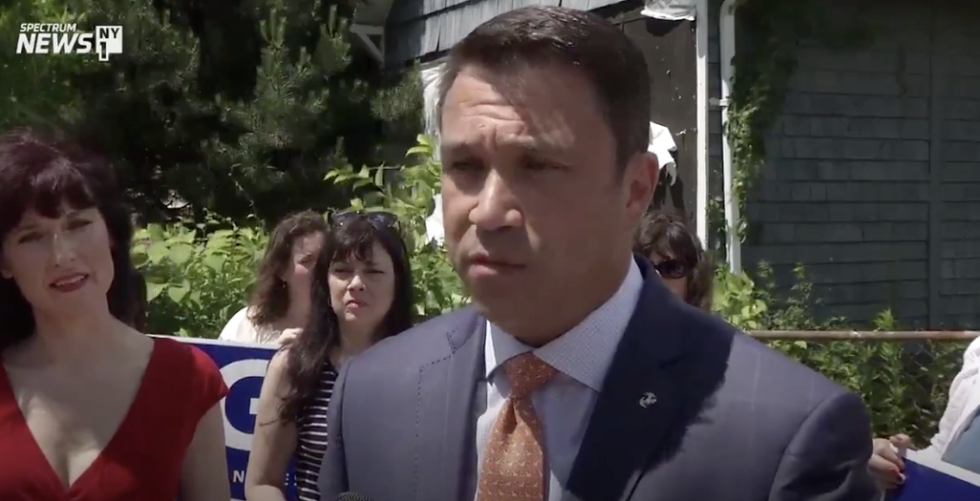 In an interview with NY1 on Tuesday, former Congressman Michael Grimm, who is running to win back his Staten Island Congressional seat in November, commented on Donald Trump's child separation policy.

He told NY1 that if you listen to those tapes of children crying after being separated from their parents:

"you're going to hear the exact same things as when a mother leaves to go to work."

He went on to claim that "those children haven't been that safe in a long time."

Twitter jumped in to explain why that's not the same thing at all:

And they didn't hold back their opinions of Grimm:

@NY1 This is a shameful statement from someone without the slightest sliver of humanity.
— Phil Abramson (@Phil Abramson) 1529463391.0

Elected to Congress in 2010, Michael Grimm left office in disgrace in 2015 after being convicted of tax fraud, and served 8 months in prison. He launched a campaign to win back his seat last year.