Former Bush Speechwriter Just Gave Democrats Advice on How to Defeat Donald Trump in 2020, and It's So On Point 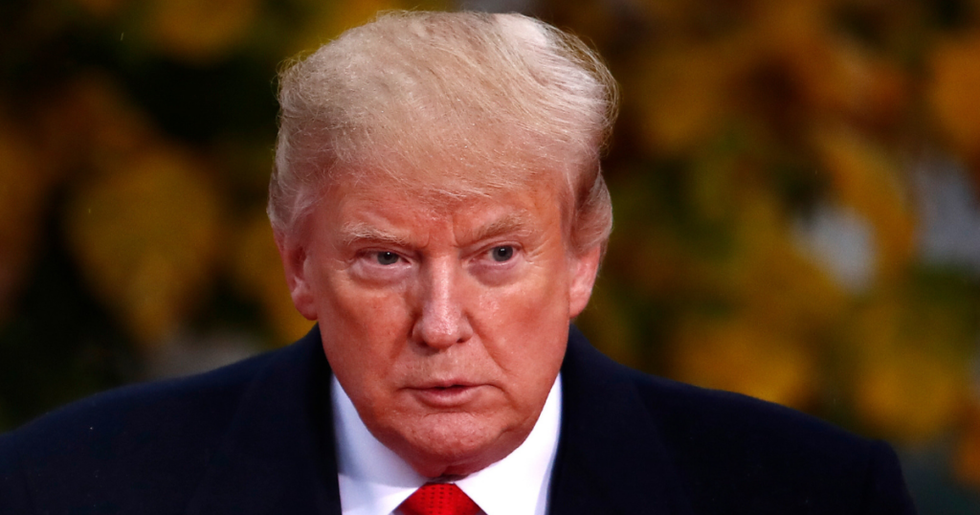 US President Donald Trump looks on as he visits the American Cemetery of Suresnes, outside Paris, on November 11, 2018 as part of Veterans Day and the commemorations marking the 100th anniversary of the 11 November 1918 armistice, ending World War I. (Photo by CHRISTIAN HARTMANN/AFP/Getty Images)

For many Americans, the stakes of the 2020 presidential election are couldn't be higher. Each person in the swelling crowd of Democratic candidates is finessing a platform they believe will win back the White House on election night a year and a half away.

Now, Republican columnist and former speechwriter Michael Gerson just gave his advice regarding what the Democratic candidate who clenches the nomination should focus on against incumbent President Donald Trump in a general election.

Gerson wrote in an op-ed for the Washington Post:

"My personal recommendation: relentlessly turning the president’s claim of authenticity against him, until his defining public attributes become national jokes. Every part of Trump’s appeal is fraudulent. His lies are not the filigree; they are the foundation."

While pundits across every network have cautioned Democratic candidates against making the race solely about opposition to Trump, but Gerson's reasoning remains sound: attacking the president on his deliverance of his 2016 platform could be a recipe for success.

Gerson uses the example of Trump's pledge to "drain the swamp" before hiring "alligators" like Paul Manafort and Michael Cohen.

On the so-called business skills the president said qualified him to head the executive branch?

The man who claimed he would bring business skills to the White House has cultivated a cloud of squabbling chaos around him. His management style — rewarding toadies and punishing honest disagreement — would push the average lemonade stand into early bankruptcy.

But deeply concerning for Gerson is Trump's nationalism:

"The president’s defiant nationalism is strangely lacking in basic patriotism. He is quick to question others’ loyalty — “Maybe you shouldn’t be in the country” — but remarkably slow to demonstrate loyalty of his own."

@RawStory Hugging the flag for photo ops, holding up his bible ( which he never read in his life to appear good etc… https://t.co/FUqiY3mk9n
— Gail Taraschuk (@Gail Taraschuk) 1556242484.0

As we learned in 2016, no victory, even a victory against someone as inept as Donald Trump, is guaranteed. However, heeding Gerson's advice seems like a step closer to it.