Michael Flynn Got a Taste of His Own Medicine When He Showed Up for Court Yesterday, and Twitter Can't Get Enough 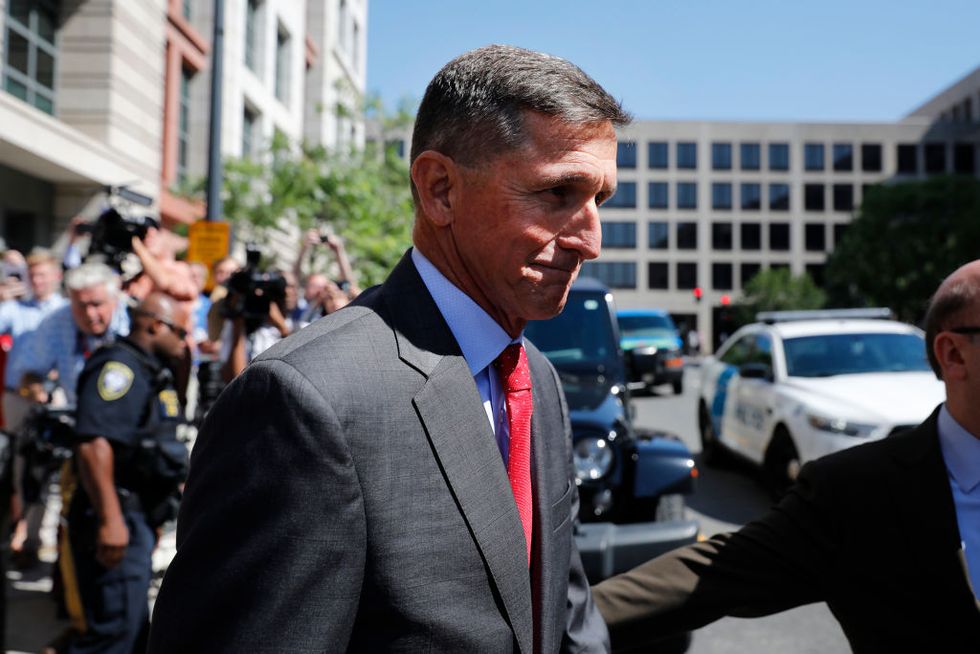 Nearly two years after Flynn railed against Hillary Clinton with chants of "Lock her up!" in a speech at the 2016 Republican National Convention, protesters outside of a D.C. federal courthouse got their revenge, shouting "Lock him up!" as Flynn exited his vehicle.

Flynn was arriving to the courthouse for a hearing after pleading guilty to lying to the Federal Bureau of Investigation late last year about his interactions with Russian Ambassador Sergey I. Kislyak.

The protesters repeated the chants when Flynn left as well.

In Flynn's famous "Lock her up" speech, he also claimed, "If I did a tenth of what [Hillary Clinton] did, I would be in jail today.” While the exhaustive investigation into Hillary Clinton's use of a private email server ultimately found no criminal wrongdoing and led to no arrests, Flynn's admission of lying to the FBI could result in five to eight years in federal prison.

Flynn's guilty plea in 2017 was one of the most significant moments of Special Counsel Robert Mueller's investigation into possible collusion between Russia and now-President Donald Trump's 2016 campaign.

In December of 2016, after Russia had declared 35 United States diplomats persona non grata in response to US sanctions against the country, Flynn secretly spoke with Russian Ambassador Kislyak and insinuated that then-President-elect Trump would relieve the recent Obama-era sanctions.

The next day, Russian President Vladimir Putin announced that Russia would wait for the Trump administration to take power before deciding to impose retaliatory sanctions. Trump responded in a tweet:

Shortly before Trump's inauguration, news broke that Flynn and Kislyak had spoken right around the time of Russia's response. Vice President Mike Pence confronted Flynn about the conversations and Flynn denied that they had spoken of the sanctions. Pence would later learn that Flynn misled him.

Shortly after, then-Press Secretary Sean Spicer announced that Flynn would be leaving his position as National Security Adviser, citing an "eroding level of trust."

It appears that Flynn has committed a lot more than a tenth of Hillary Clinton's supposed crimes. It won't be until he's sentenced that Americans find out if the rest of his Republican National Convention prediction, "...sitting in jail," will come true.