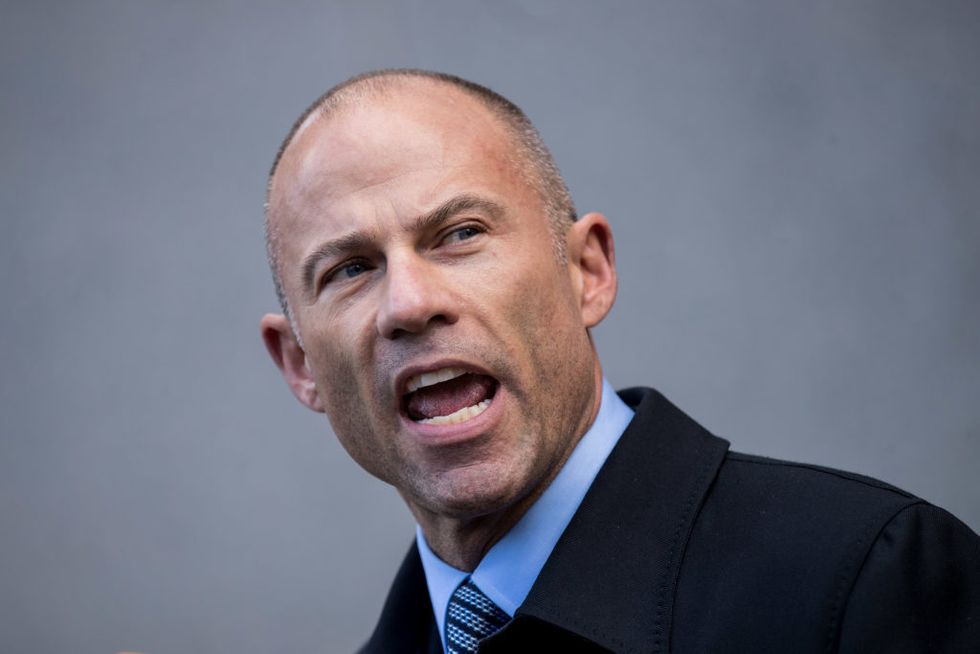 Counts seven and eight, two charges of campaign finance violations surrounding hush money payments made to silence women with whom Trump had alleged affairs, may implicate the president.

Cohen reportedly told the court that "a candidate" directed him to violate campaign finance law. Cohen's plea deal does not, however, include a promise to further cooperate with prosecutors. Cohen will be sentenced on December 12.

Cohen made a $130,000 payment to adult film star Stephanie Clifford and paid Playboy model Karen McDougal $150,000 for her silence about affairs each of them claimed to have had with Trump a little more than a decade ago.

Both women were forced to sign non-disclosure agreements along with their payments weeks before the 2016 presidential election.

"Buckle Up Buttercup," Avenatti tweeted to Giuliani as news of Cohen's plea deal broke. "You and your client completely misplayed this..."

.@RudyGiuliani Buckle Up Buttercup. You and your client completely misplayed this... https://t.co/peLpswrDO1
— Michael Avenatti (@Michael Avenatti) 1534876229.0

Avenatti also tweeted that Cohen's guilty plea "should also permit us to proceed with an expedited deposition of Trump under oath about what he knew, when he knew it, and what he did about it." Avenatti is Clifford's counsel in civil litigation against the president.

He made a promise:

We. Are. Coming. We are going to end this dumpster fire of a presidency one way or another. https://t.co/URJXR0aehx
— Michael Avenatti (@Michael Avenatti) 1534888598.0

Followers of Avenatti noted that Cohen's guilty plea extends beyond the president. Cohen served as the Republican Party's finance chair until he resigned in June.

@MichaelAvenatti @RudyGiuliani Please...let's not forget that Cohen was the RNC Finance Chair up until a couple mon… https://t.co/FrFJC88Tie
— Charles Ifegwu (@Charles Ifegwu) 1534876350.0

Potential consequences for the president did not go unnoticed.

Neither did Avenatti's accurate predictions about how the Trump-Cohen legal tango would play out.

As if Cohen's plea deal weren't enough of an existential threat to the president, Trump's former campaign chair Paul Manafort was found guilty of eight felonies on Tuesday.

An Alexandria, Virginia jury convicted Manafort of five counts of felony tax fraud, two counts of bank fraud, and one count of failing to disclose a foreign bank account.

Judge T.S. Ellis declared a mistrial on the remaining 10 counts, as the jury was found to be hopelessly deadlocked.

Manafort may face up to 80 years in prison, which would be an effective life-sentence for the 69-year-old former political operative.

Trump has repeatedly referred to Special Counsel Robert Mueller's investigation as a "rigged witch hunt" and that Mueller and his "13 angry Democrats" have been "disgraced and discredited."

Manafort faces a second trial in Washington, D.C. next month on charges "that he failed to register as a lobbyist for the Ukraine government, and conspired to tamper with witnesses in that case."

I feel compelled to remind us all that Paul Manafort picked Mike Pence for VP https://t.co/zrCkVdj7N4
— Melinda Byerley (@Melinda Byerley) 1534885872.0

There is no "witch hunt," but there sure are witches.

Manafort "should have flipped."

How significant was today?

Trump is holding a rally in West Virginia Tuesday night. "It doesn't involve me but it's still a sad day," Trump said of the Manafort verdict after landing in West Virginia. He maintained that today is a "sad day" because Mueller is "continuing the witch hunt."