Republican Congresswoman Who Lost Re-Election Just Used Her Concession Speech to Savage Donald Trump, and Yes, We All Know What She Meant 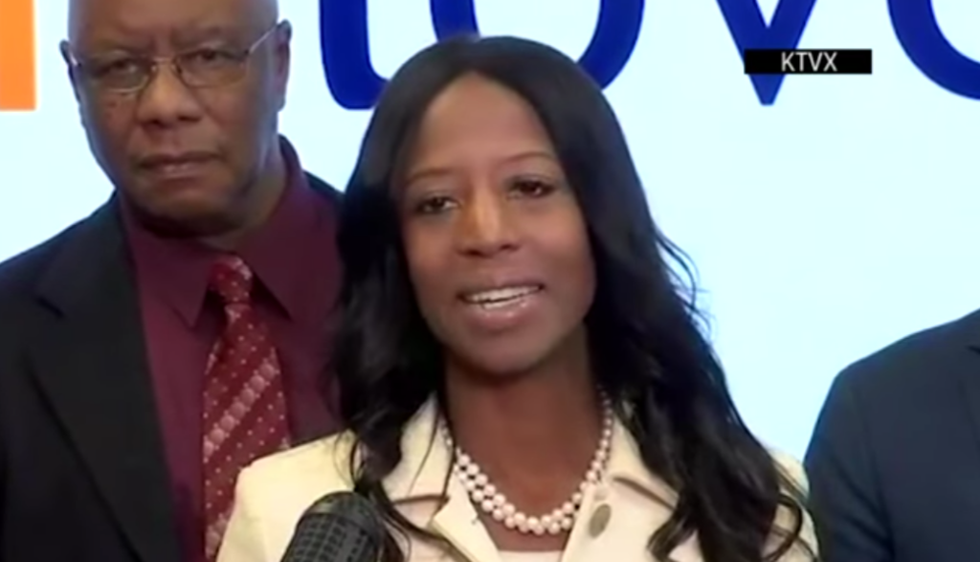 Twenty days after the midterm elections and some close races are just now being called. One of those is the race for 4th congressional district in Utah where Democrat Ben McAdams squared off against incumbent House Republican Mia Love.

Love becomes the only GOP House incumbent in Utah to have her district go from red to blue.

Monday, Representative Love gave her concession speech, stating she called McAdams to congratulate him on his victory over the weekend. But the only African American female member of the GOP in Congress had harsh words for the head of her party, President Donald Trump.

Trump mocked Love in his news conference after the election—while votes were still being counted and no official winner declared in a race that ended with 50.1% for McAdams to 49.9% for Love. Trump said to reporters:

"Mia Love gave me no love and she lost. Too bad. Sorry about that, Mia."

In her concession speech, Love stated:

"When president Trump took a jab at me… I was surprised at first."

"The President's behavior towards me made me wonder: What did he have to gain by saying such a thing about a fellow Republican. It was not really about asking him to do more, was it? Or was it something else? Well Mr. President, we'll have to chat about that."

"However, this gave me a clear vision of his world as it is. No real relationships, just convenient transactions. That is an insufficient way to implement sincere service and policy."

Love went on to state:

"Starting in January, my role will change and we still have a lot of work to do. We will not yield the moral high ground whatever the cost."

"Good news is, I'm not going away. But now, I am unleashed, I am untethered and I am unshackled, and I can say exactly what's on my mind."

The President faced criticism before over his statements about and treatment of African American women in Congress and in the press. He has also faced allegations of racism from former employees like Omarosa Manigault-Newman and Michael Cohen and the foreign and domestic press.

People commented on Love's revelation about the President.

On Twitter, people seemed surprised Trump's attitude was news to Love. While others criticized her for playing the game until it no longer served her.

Love stated she would not be going away, but did not elaborate on her future plans. Meanwhile, people expect the President to lash out at Love once he hears of her comments.