He called it what it is. 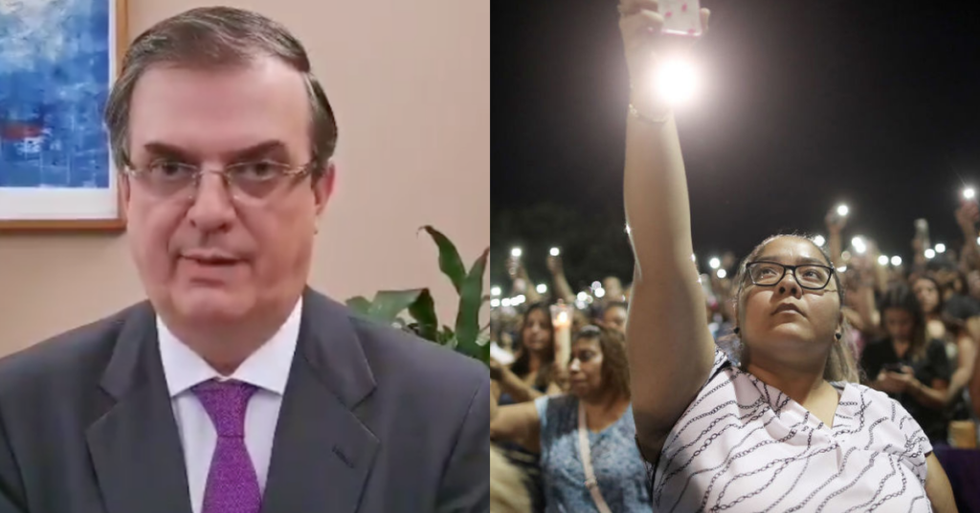 On Saturday, a White nationalist domestic terrorist drove hours from his home in Allen, Texas to the border city of El Paso, Texas and opened fire on shoppers at a Walmart located at the Cielo Vista Mall. The mall—only 5 miles from the border—is popular with Mexican shoppers on tourist visas.

According to police, the gunman—who legally open carried a gun similar to an AK-47 and several magazines—was taken into custody without incident or any officers firing their weapons. In a statement, El Paso Police Department said the domestic terrorist admitted his motive was to "kill as many Mexicans as possible."

The city of El Paso is 80 percent Hispanic while the terrorist's home of Allen, Texas is roughly 11 percent Latinx.

The White nationalist terrorist killed 20 people and injured at least 26 more ranging in age from 2 to 82.

At least seven of the murder victims were Mexican citizens and at least nine of the 26 injured were. Mexican President Andrés Manuel López Obrador said Saturday evening:

"I regret the events in El Paso, Texas, neighboring town and brother of Ciudad Juarez and our nation. I send my condolences to the families of the victims, both American and Mexican. The SRE and our consulate are acting and providing support."

However as the motives and 8chan manifesto of the White nationalist terrorist became known, the Mexican Secretary for Foreign Affairs issued an official statement of his country's position regarding the deliberate targeting of their citizens by United States' terrorists.

He said in a video:

"The Mexican President has instructed me to ensure that Mexico’s indignation translates into ... efficient, prompt, expeditious and forceful legal actions for Mexico to take a role and demand that conditions are established that protect ... Mexicans in the United States."

Mexican citizens called on their country to do more.

They also echoed how popular that particular location is with Mexican shoppers.

Many people on both sides of the border also attributed the violence to the President of the United States, Donald Trump.

Foreign Secretary Ebrard traveled to El Paso, Texas Monday to offer any support he could.

"He was forthcoming with information. He basically didn't hold anything back."

"Within our purview [of guns civilians are] allowed to open carry, that weapon [is] allowable in the state of Texas, yes."

After confirming the mass shooting would be investigated as an act of domestic terrorism, the Chief stated:

"You have to see it for yourself. When I first got into this job, I never knew there was an odor to blood, but there is."

"And until you first hand see that, as far as my description of it, horrific would be unserving as far as what that scene looks like."

Despite confirmation of the motives of the terrorist attack, the White House and Republican members of Congress have characterized the mass shooting as the result of no more school prayer, violent video games and mental illness. None have labeled the murderer a domestic terrorist.

Tired of racism portrayed as patriotism? This shirt is available here.