They’re calling on the Mexican President to take action. 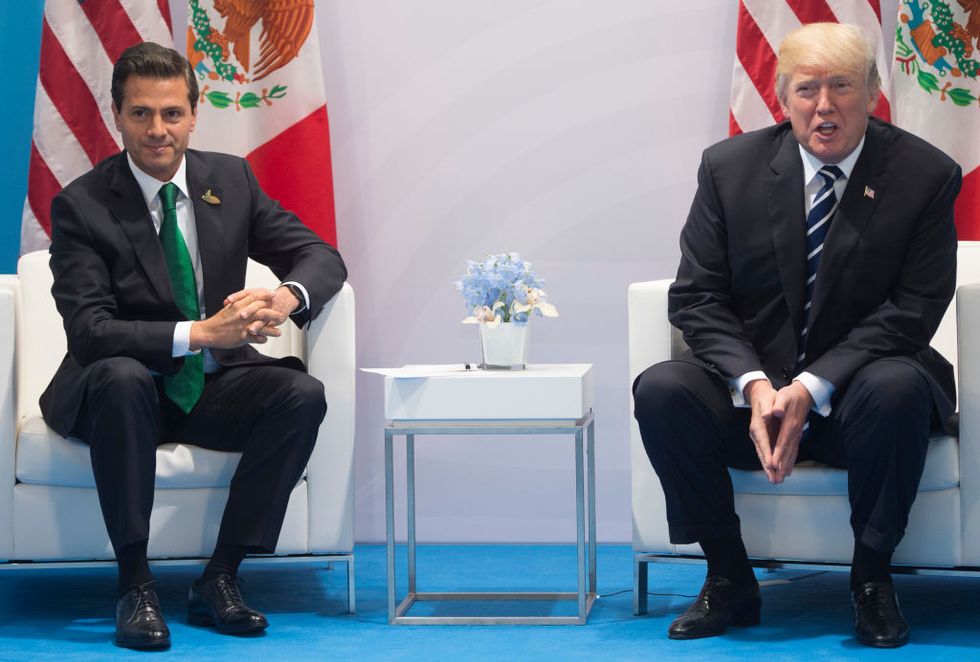 On Wednesday, President Donald Trump issued a memo calling on state's to provide and pay for their Army National Guard troops to deploy to the United States border with Mexico. And Mexico's Senate expects their own president to respond.

In a unanimously approved nonbinding resolution, the senate of Mexico urged President Enrique Pena Nieto "to suspend the bilateral cooperation with the United States of America on matters of migration and the fight against transnational organized crime as long as President Donald Trump does not conduct himself with the civility and the respect that the people of Mexico deserve."

The senators also criticized Trump's "baseless and offensive comments about Mexico and Mexicans and demand the treatment that the relationship between neighbors, partners, and allies requires."

They reject "categorically the intention of President Donald Trump to militarize the border with Mexico and consider such action one insult more."

The motion also called on the United States Congress "to direct relations with Mexico on the basis of respect and mutual collaboration."

here is the document by Mexico's senate, requesting the gov to halt all migration & security cooperation with the U… https://t.co/lnbIs8vPbH
— JP Spinetto (@JP Spinetto) 1522876956.0

(P)ermanently and systematically not only disrespectful but insulting, based on prejudices and misinformation and making frequent use of threats and blackmail."

In all of its communications on the topic, the Mexican government has stated to the U.S. government that if the announced deployment of the National Guard results in the militarization of the border, it would seriously damage the bilateral relationship."

"It has also reiterated the fundamental importance of respecting the dignity and human rights of the Mexicans in the United States."

The Mexican government will continue in close contact with the Department of Homeland Security, in order to follow up on this measure and decide on the appropriate actions, while safeguarding the nation's sovereignty and interests at all times."

Four states in the United States' Southwest will initially be tasked with providing forces, who will not be armed or involved in law enforcement, according to statements made by Homeland Security Secretary Kirstjen Nielsen.

Mexico's presidential election is set to occur in July. All four of the candidates for the office condemned any militarization of the border.

"No to the militarization of the border, nor to the wall. Yes to mutual respect and cooperation for development." Tweeted Andres Manuel Lopez Obrador, current presidential frontrunner.

Candidate José Antonio Meade Tweeted directly to Trump, "sending your army to the border will be an unacceptable offense for our country." He also called on his fellow candidates to "join in defense of national sovereignty and dignity."

Margarita Zavala, an independent candidate, said "we speak with one voice and we demand respect." She sent a letter directly to Trump and called on her fellow candidates to sign the letter along with her.

Ricardo Anaya Cortes, National Action Party candidate, said Mexican cooperation with the United States requires "ending attacks against Mexicans, suspending the sending of troops to the border, and the end of the threats."

After the election in July, President Trump will need to work with one of these four people. The relationship is not off to the best start.