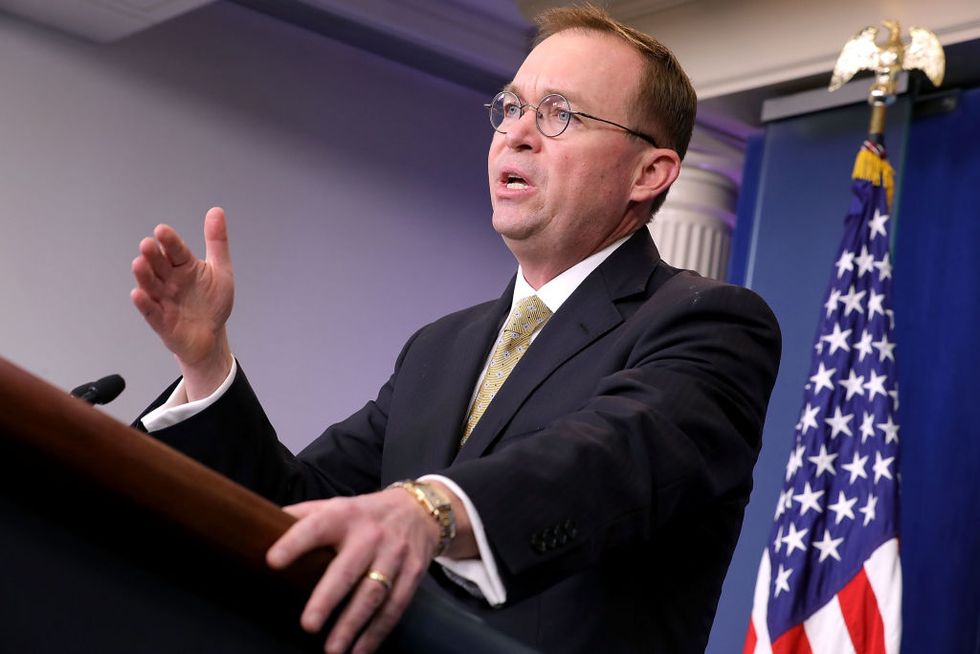 While serving in Congress, Mick Mulvaney called the Consumer Financial Protection Bureau (CFPB) a "sick sad joke" and drafted legislation to eliminate it. The financial crises during the Obama administration, brought about by Republican-led deregulation of Wall Street and banks during the Bush administration, prompted the creation of the consumer protection watchdog agency.

When President Donald Trump appointed Mulvaney to lead the CFPB, people were shocked. However appointing people who previously vowed to destroy an agency to head that agency has been a hallmark of the Trump administration.

Mulvaney was confirmed as Trump's appointee to head the Office of Management and Budget in February 2017. But Trump appointed him to serve as Acting Director of the CFPB under the Federal Vacancies Reform Act (FVRA), which allows the president to appoint an interim replacement without any Senate hearings or confirmation.

Trump utilized the FVRA to fill a number of positions in his administration. His choice to do so has come under fire for the frequency of its use. FVRA effectively allows anyone to serve in a high government position without vetting by Congress.

The original mission of the CFPB involves protecting American consumers from predatory practices by financial institutions and limiting risks taken by a deregulated Wall Street. But a recent internal memo reveals plans to effectively neuter the consumer protection function of the agency and redirect its efforts.

The "revised mission and vision of the bureau" for 2018 through 2022, slated for Monday, directs the CFPB to "fulfill its statutory responsibilities but go no further." The bureau should also act "with humility and moderation."

Many Republicans called for the CFPB to be shut down since inception, claiming it's too powerful. Within weeks of his interim appointment, Mulvaney worked to neuter the watchdog agency.

Under Mulvaney, the CFPB delayed a new payday lending regulation and dropped a years long investigation into one payday lender who contributed to Mulvaney's campaign. The new CFPB boss also dropped a lawsuit against Golden Valley Lending. The suit claims the lender illegally charges people up to 950 percent interest rates.

This latest move, however, drew some scrutiny for both Mulvaney and his boss.