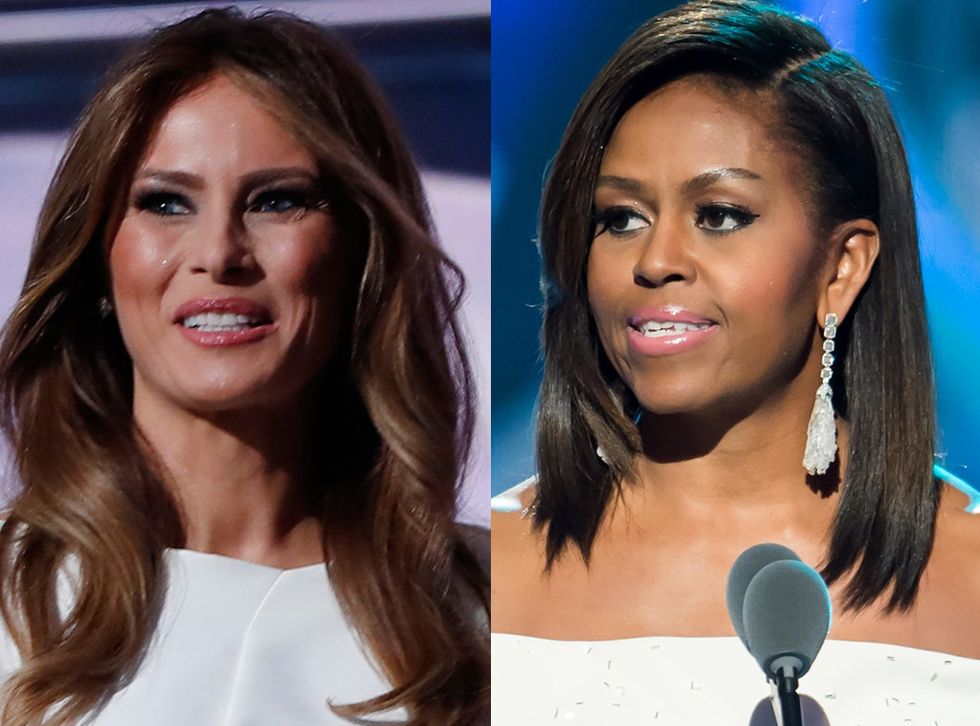 Journalist Jarrett Hill was the first to notice the similarities, which appeared to copy a section in which Obama talked about her husband’s hard work, strong values and personal code of ethics.

TRUMP: "From a young age, my parents impressed on me the values that you work hard for what you want in life. That your word is your bond. And you do what you say and keep your promise. That you treat people with respect. They thought and showed me values and morals in their daily life."

OBAMA: “And Barack and I were raised with so many of the same values: that you work hard for what you want in life; that your word is your bond, that you do what you say you’re going to do; that you treat people with dignity and respect, even if you don’t know them, and even if you don’t agree with them."

Melania Trump claimed that she wrote the speech herself, and that she worked with a speechwriter for six to eight weeks in preparation for the convention. The Trump campaign released a statement that did not acknowledge the controversy. Instead, the campaign praised her for speaking openly about her “immigrant experience.”

Elsewhere in her speech, Melania Trump made an attempt to soften her husband’s image,  referring to him as “a president for everyone.” The Trump campaign has continued to tout its candidate as a champion of law enforcement with a militant stance on immigration. Organizers invited the relatives of people killed by immigrants who entered the country illegally to speak at the convention. Until now, Trump’s role throughout the campaign has been minimal, some critics assert, because she reminds social conservatives of the billionaire’s two divorces. A Trump campaign adviser told reporters that Trump does not view herself as a political spouse. "She knows her husband," the adviser said. "She doesn't inject herself unless she thinks it's necessary."