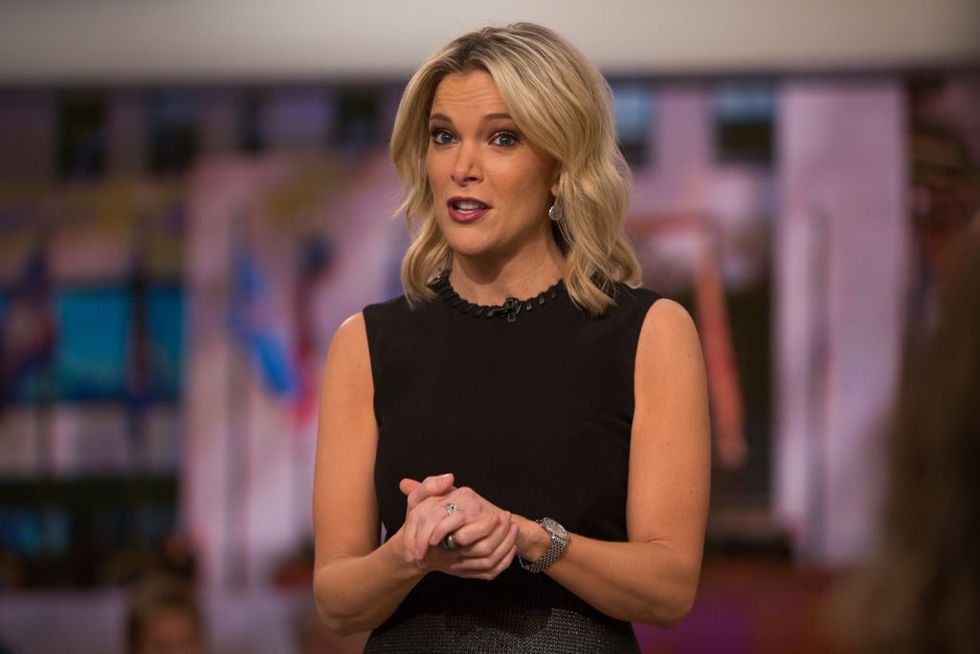 TODAY Show host Megyn Kelly took President Donald Trump's personal attorney, Rudy Giuliani, to task after he made sexist comments about Stephanie Clifford, an adult actress better known as Stormy Daniels, who is currently embroiled in a lawsuit against Trump attorney Michael Cohen, whose office was raided by the FBI in April.

Earlier today, Giuliani, at an event in Tel Aviv, said he doesn't respect Clifford because of her career in the adult film business.

I respect women – beautiful women and women with value – but a woman who sells her body for sexual exploitation I don’t respect. Someone who sells his or her body for money has no good name.

"So, Stormy, you want to bring a case, let me cross-examine you," he added.

Giuliani's statements prompted Kelly to expose his double standard due to his employment under President Trump, whom he is defending against allegations of collusion related to Special Counsel Robert Mueller's investigation into Russian interference in the 2016 presidential election.

Perhaps most damningly, Kelly used Giuliani's association with First Lady Melania Trump to highlight his hypocrisy. Kelly pointed to the First Lady's past as a fashion model.

“The notion that he respects women of substance, ‘a woman who won’t sell her body for sexual exploitation,'” Kelly said.

Being an adult film star does not make you a liar.

Speaking to MSNBC, Avenatti said that Giuliani's comments "show how ... out of touch he is with today's society, show what a pig he truly is, shows that he thinks he's above the law and above rebuke, and it shows that he must believe that this president will support him and back him for these outrageous comments against woman and my client."

"We cannot have men in positions of power basically making these statements against women," Avenatti added. "It doesn't matter what a women’s profession is. It has nothing to do with their credibility or whether they should be respected."

Giuliani has not retracted his statements.

"Why would I withdraw them?" he told NBC News. "You're going to tell me being involved in pornography isn't demeaning to women? I don't know, do you have a daughter?"

Michael Cohen has found himself at the center of the questions regarding a payment Clifford received from him as part of the non-disclosure agreement to keep her from discussing a sexual encounter with Trump back in 2006, while he was married to his current wife, Melania, and just a few months after Melania gave birth to their son, Barron. A separate lawsuit filed by Clifford contends that Cohen initiated a “bogus arbitration” hearing against her without notifying her beforehand, and a copy of the restraining order against Clifford confirms that the judge made a “one-party” ruling that did not require her to be notified.

Cohen has claimed that he paid Clifford out of his own pocket and that the president never reimbursed him for the settlement. But during a widely publicized 60 Minutes broadcast, Michael Avenatti presented documents showing that the payment was sent to Cohen at his Trump Tower location, and communicated through his official Trump Organization email, indicating that he made the payment on Trump’s behalf. Analysts have posited that the exchange of funds could well be an illegal campaign expenditure on Trump’s behalf.