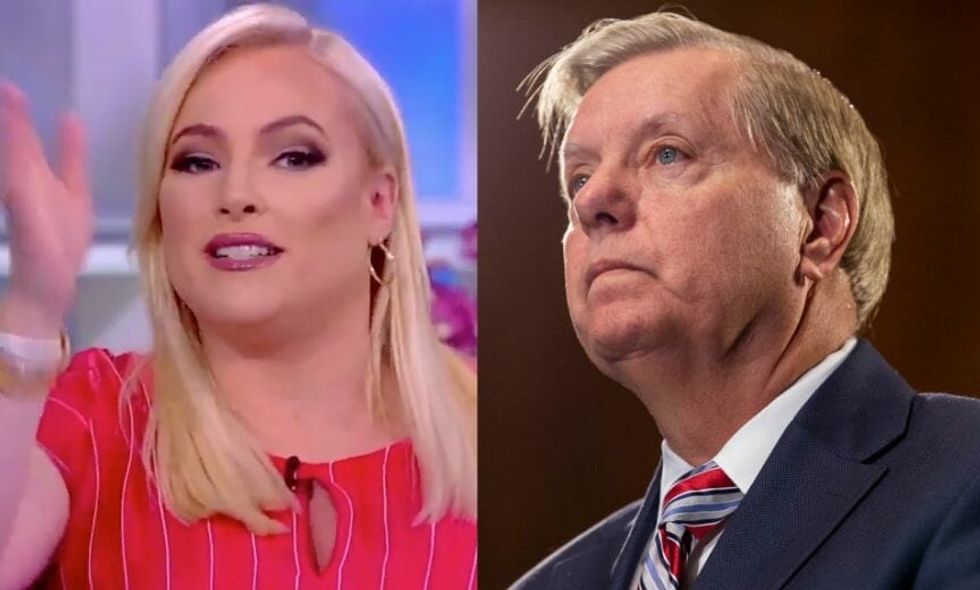 In 2015, Senator Lindsey Graham (R-NC) was clear on how he felt about Republican presidential candidate Donald Trump.

Graham was also a close friend of the late Senator John McCain (R-AZ), whom now-President Donald Trump continues to loathe.

But in 2019, Graham is now one of Trump's most unwavering allies. He demonstrated that most recently in an interview with Fox & Friends while defending Trump's racist tweets, in which he told four minority congresswomen to "go back" to their countries (all are American).

It wasn't long until The View's Meghan McCain—Senator McCain's daughter, who once described Graham as an uncle to her—slammed his defense of Trump's "old, racist dog whistles" in no uncertain terms.

She also criticized her own party for its silence on Trump's incendiary comments.

"The cowardice I'm seeing, Republicans not speaking out and saying it today is embarrassing," the conservative McCain said. "It's deeply cowardly."

"Whatever's happening to Lindsey, this is not the person I used to know."

People on both sides of the aisle agreed.

@TheView @MeghanMcCain Telling American citizens to go back from where they came from It's shameful Just because yo… https://t.co/QPNCsyopxn
— looktotherose (@looktotherose) 1563211483.0

@TheView @MeghanMcCain I can't believe it, but I wholeheartedly AGREE with Meghan McCain — and I do give her credit… https://t.co/hu3MyttrV8
— Boy Culture Blog (@Boy Culture Blog) 1563212319.0