Megan Rapinoe Was Asked About Going to the White House With the Women's Team, and Her NSFW Response Is All Of Us 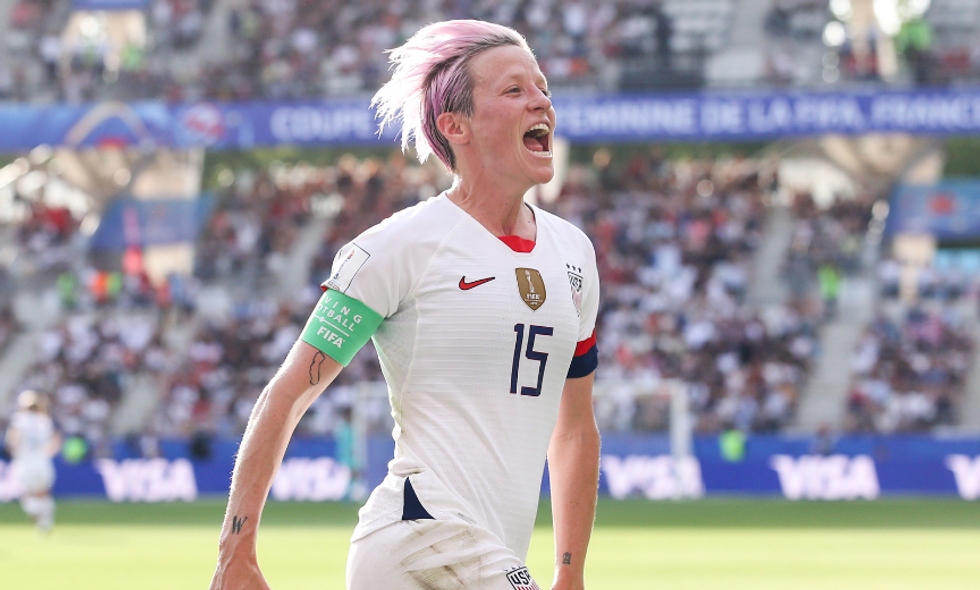 #15 Megan Rapinoe of USA celebrates her the second goal by penalty during the 2019 FIFA Women's World Cup France Round Of 16 match between Spain and USA at Stade Auguste Delaune on June 24, 2019 in Reims, France. (Photo by Zhizhao Wu/Getty Images)

As the National Women's Soccer Team advances to the quarterfinals against France, the team's star midfielder and co-captain, Megan Rapinoe, was asked about the prospect of going to the White House in the event that they take home another championship. And her response was...honest.

In the video posted by Eight by Eight Magazine on Tuesday, Rapinoe is asked:

"Are you excited about going to the White House?"

"No. I'm not going to the White House. We won't be invited."

Many could relate to Rapinoe's reaction.

While some were disheartened by it.

What will they do instead?

But one GIF really summed up the reaction:

Rapinoe has never minced words when it comes to her feelings about President Trump. She has called him "sexist," "misogynistic," and "racist" and refers to herself as a "walking protest." During the World Cup, she has refrained from singing the national anthem and putting her hand over her heart as a protest, which Trump has said he doesn't feel is "appropriate."

You can get your own Women's National Team apparel here including your very own Megan Rapinoe jersey.