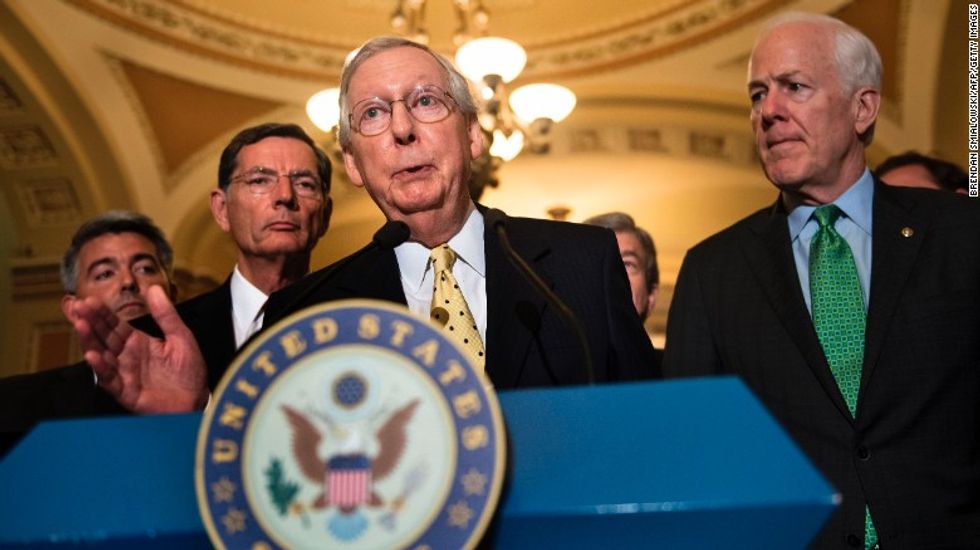 On Tuesday, Senate Majority Leader Mitch McConnell was dealt a blow to his Obamacare repeal effort when three U.S. Senators, Shelly Moore Capito, Susan Collins, and Lisa Murkowski, announced their opposition to repeal without replacement, effectively killing the effort before it had even begun.

Despite this setback, McConnell announced Tuesday night that he would continue to hold a vote on the measure.

“We’ll have the vote on the motion to proceed to the repeal early next week,” he said on the Senate floor.

The strategy for next week's vote will echo what McConnell laid out earlier on Tuesday.

The #Senate will vote on a repeal of #Obamacare combined w a stable, 2 year transition period as we work toward patient-centered #healthcare
— Leader McConnell (@Leader McConnell) 1500386710.0

he proposed that the senate move ahead with a vote to take up an Obamacare repeal bill that the House passed earlier this year and aim to introduce as an amendment to the 2015 bill that would effectively roll back key parts of Obamacare after a two-year waiting period. That legislation was approved by a GOP-controlled Congress at the time but vetoed by then-President Barack Obama.

As Senate GOP whip John Cornyn conceded, their only hope is that "A little passage of time" would help to bring Senators around to support the measure.

According to the CBO, such a measure that repeals Obamacare without replacing it would likely leave 18 million Americans without health insurance in the first year and 32 million more by 2026.

When asked what he would prove holding a vote on Obamacare repeal that failed, McConnell replied:

We will have demonstrated that Republicans by themselves are not prepared at this particular point to do a replacement. And That doesn't mean that problems all go away.

It's time to move on. It's time to start over. Rather than repeating the same failed partisan process yet again, Republicans should work with Democrats.