She is not backing down. 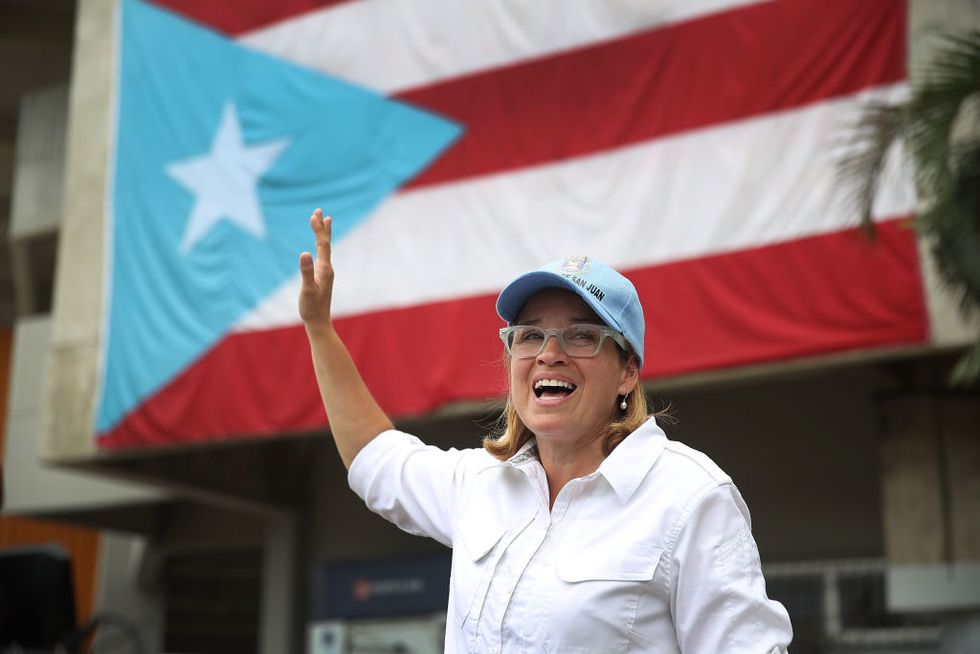 SAN JUAN, PUERTO RICO - SEPTEMBER 30: San Juan Mayor Carmen Yulin Cruz speaks to the media as she arrives at the temporary government center setup at the Roberto Clemente stadium in the aftermath of Hurricane Maria on September 30, 2017 in San Juan, Puerto Rico. Puerto Rico experienced widespread damage including most of the electrical, gas and water grid as well as agriculture after Hurricane Maria, a category 4 hurricane, passed through. (Photo by Joe Raedle/Getty Images)

Last month, the Trump administration awarded Whitefish Energy Holdings the contract to restore Puerto Rico's power grid. But that decision invited controversy as the island still struggles to provide power to more than 75% of residents. Hurricane Maria hit on September 20.

The contract should be voided right away, and a proper process which is clear, transparent, legal, moral and ethical should take place. What we need is somebody that can get the job done and that has the expertise to get the job done."

Whitefish Energy, which reportedly employed only two full-time employees when the contract was awarded, said it shared Cruz's frustrations but in an attached image on their letterhead called her comments "disappointing", "demoralizing", and "misplaced".

We share frustration with Mayor Cruz on the situation in Puerto Rico, but her comments are misplaced. https://t.co/rIzxIjOcfQ
— Whitefish Energy (@Whitefish Energy) 1508952602.0

In response, Cruz criticized Whitefish for suggesting she was alone in her concerns about the no-bid contract and included their Tweet criticizing her comments.

You would think I am the only one in the world that has commented on this. What is it about women having an opinion… https://t.co/7Sd2JZXDGh
— Carmen Yulín Cruz (@Carmen Yulín Cruz) 1508953630.0

Mayor Cruz also shared a breakdown of costs associated with the use of private company Whitefish Energy out of Montana instead of requesting mutual aid from public utilities in nearby states with experience dealing with hurricane damage.

In the Trump administration's awarding of the contract, through the Puerto Rico Electric Power Authority (PREPA), they chose not to make arrangements with other, larger utilities more commonly used following natural disasters, including those in Texas and Florida.

Cruz's shared graphic is in Spanish, but as she notes, one doesn't need to know the language to do the math.

@DavidBegnaud This is a comparison per employee cost between the local PREPA and Whitefish. You do not need to know… https://t.co/v3uN9DUGJ8
— Carmen Yulín Cruz (@Carmen Yulín Cruz) 1508963050.0

In a now deleted Tweet, a Whitefish Energy official appeared to threaten to remove workers because of Mayor Cruz's criticisms. Cruz shared a screenshot of their Tweet in her response.

@hunterw @DavidBegnaud Threats received by @WhitefishEnergy. The implication is if I do not “play nice” they will n… https://t.co/eapuyDhAu0
— Carmen Yulín Cruz (@Carmen Yulín Cruz) 1508961515.0

Whitefish Energy and its representatives have since deleted most of their side of the battle with Mayor Cruz. They have also posted an apology to Mayor Cruz and the people of Puerto Rico.