Video of One of Donald Trump's Top Allies in Congress Calling on Trump to Release His Tax Returns Just Emerged Online, and People Have Questions 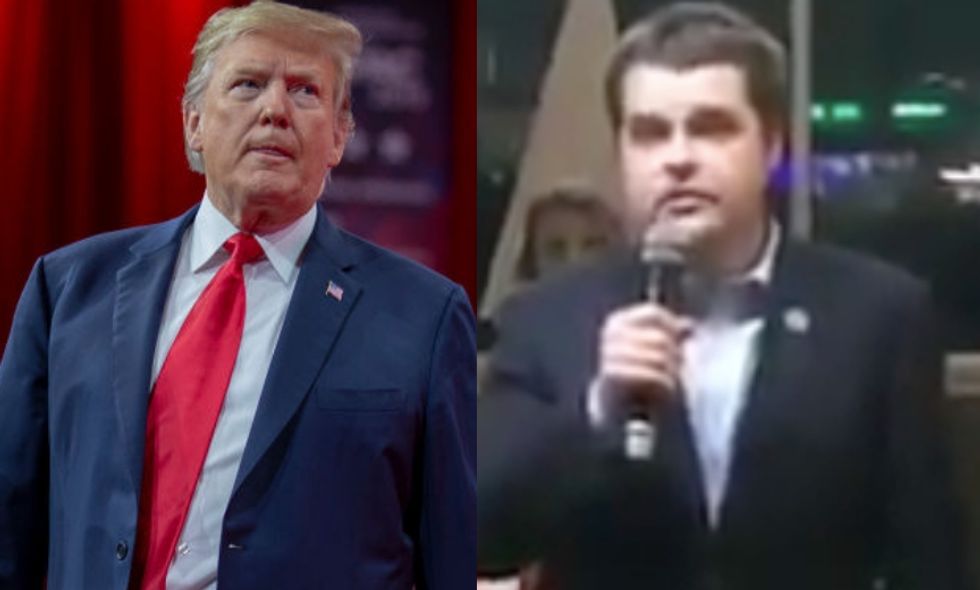 A recently resurfaced video shows an unexpected voice joining what, since 2016, has been a mounting chorus calling for President Donald Trump's tax returns.

This call came from Florida Congressman Matt Gaetz, a vocal Trump ally in the House of Representatives who recently made headlines for threatening Trump's former attorney Michael Cohen ahead of Cohen's explosive testimony before the House Oversight Committee.

In the 2017 video, which was revived on Monday by Democratic Coalition co-founder Scott Dworkin, Gaetz says to a dissatisfied constituent at a town hall:

Donald Trump is the first President since the 1970's to forego releasing his tax returns. During his candidacy, he asserted that he was under audit. Toward the end of the election, he told the public he'd release them if he won. When he won, he still refused.

It appears that Donald Trump is protecting some sort of secret concealed within the returns, but though voices demanding them grew even louder after the Cohen testimony, a video of Trump's devoted Congressman Matt Gaetz calling for the President to voluntarily release his tax returns still confused many.

But many had theories.

But for many, the two-year-old video does nothing to redeem Gaetz for one thing.

@funder And, @mattgaetz that’s still not an apology or an adequate distraction. You intended to threaten Cohen from testifying.
— Becky Palmer (@Becky Palmer) 1551739497.0

Gaetz is currently under investigation by the Florida Bar for his threats to Michael Cohen—something Twitter was quick to remind him about.

Gaetz has remained steadfast in his loyalty to the President, and has asserted that Congress shouldn't be able to subpoena his tax returns if Trump won't submit them voluntarily.