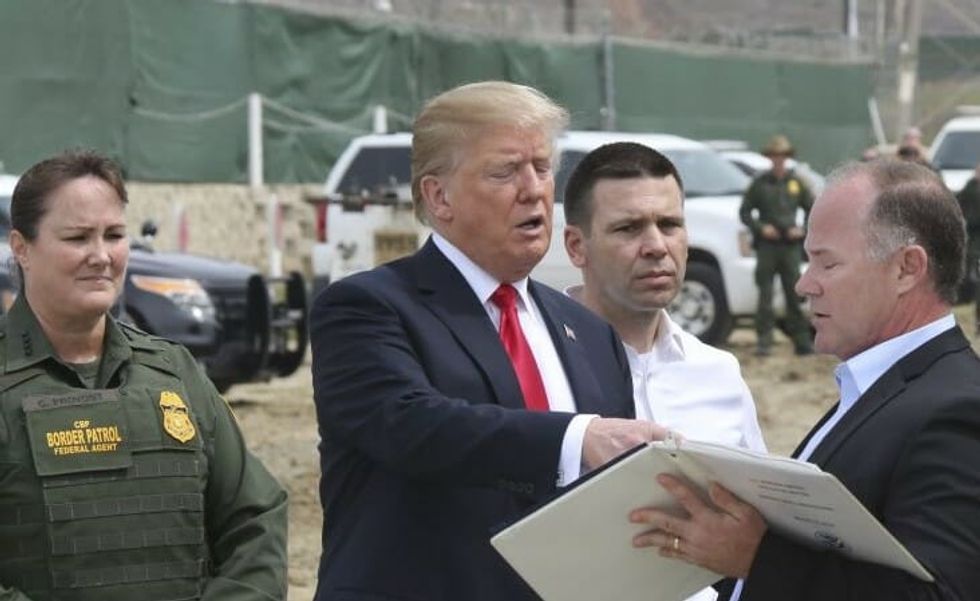 The issue of crimes committed by undocumented immigrants is—according to President Donald Trump and the rest of his administration and supporters—so pervasive it requires a national emergency, military intervention and a multi-billion dollar border wall. But another statistical study—this time by the Marshall Project—blows holes in much of the President's rhetoric.

"Is there a connection between undocumented immigrants and crime?"

According to the Marshall Project report:

"It’s a widely held perception, but a new analysis finds no evidence to support it."

Of course this is old news already supported by other studies and analyses. So why does the lie endure?

Each time crime by undocumented  immigrants as a major issue has been questioned or refuted, a press conference is held or news reports shared of the people impacted by the small number of undocumented immigrants who are committing crimes.

And while these exhibitions are done to garner support for the multi-billion dollar border wall along the southern border, the same is not done after another White male United States citizen commits a mass shooting, a crime with no shortage of victims.

It is the equivalent and no less effective argument as "cigarettes don't cause cancer" because everyone knows that one person who smoked a pack a day and lived to be 90. But how many other people did die of cancer?

What are the crime percentages of United States citizens versus undocumented immigrants? This counter argument is what the Marshall Project examined.

Last year the Marshall Project drew criticism for a study they did focused on immigrants and crime.

Border crisis supporters claimed the study was skewed by legal immigrants and a study of undocumented or "illegal immigrants" would show the emergency the Trump administration claims exists.

With this new perspective, The Marshall Project tried to prove border wall enthusiasts theory of undocumented immigrants and crime. But came up with the same result.

"[G]rowth in illegal immigration does not lead to higher local crime rates."

They looked at statistics from 2007 to 2016, before President Trump's crackdown on crime and immigration. Crime related to undocumented immigrants was decreasing from an already low level in 2016.

Much like a recovering economy, Trump also inherited a decreasing crime rate from the administration of President Barack Obama.

The Marshall Project got into the numbers and their meaning.

In some cases, crime dropped with an influx of undocumented immigrants.

They noted the earlier analysis yielded the same result.

LOUDER for the people in the back: A New Analysis Finds NO Evidence of a Connection Between Undocumented Immigrants… https://t.co/gFB98bXJOK
— Marcela E. García (@Marcela E. García) 1557761014.0

One person asked what to do with information people refuse to hear or see. Someone had a solution though.

And one person voiced a preference in neighbors.

Other studies said the same thing, the rhetoric did not change. But what can change are the minds of the undecided.

Sharing facts still matter even if those who need them most are not receptive.