And he's not the only one wavering. 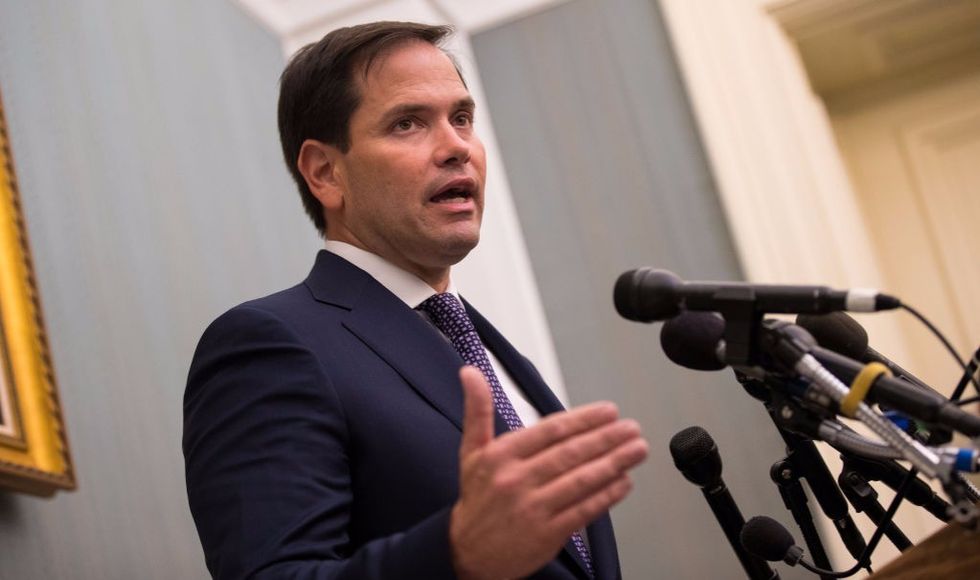 House and Senate Republicans face a new round of bargaining for their $1.5 trillion tax bill with the possible defection of a Republican senator, Marco Rubio of Florida. Questions continue about paying for the bill and how much will actually benefit low- and middle-income people versus corporations.

Republicans reached an agreement in conference committee Wednesday on a merged version of the House and Senate tax plans. In order to send the bill to President Donald Trump before Christmas, they need to vote on the legislation early next week.

But Senator Rubio said Thursday he would vote no on the bill unless it included a greater expansion of the child tax credit. Rubio and another Republican senator, Mike Lee of Utah, pushed for the expansion to benefit lower-income individuals.

Adding at least a few hundred $’s in refundable cuts for working families who seem to always be forgotten isn’t hard to do either 2/2
— Marco Rubio (@Marco Rubio) 1513285976.0

With the Republican plan to overhaul taxes hanging by a one-vote thread, Senator Rubio is not the only Republican vote on shaky ground. With polls showing a majority of Americans opposing the bill, they need to consider any backlash their support will earn, something Maine Senator Susan Collins faced.

A spokesman for Utah Senator Lee, said the senator "is undecided on the bill in its current form. (He) continues to work to make the (tax credit) as beneficial as possible to American working families."

Activists and constituents met on Wednesday with Senator Susan Collins. Meanwhile one of her offices in Maine was again the site of a sit-in protest, the third since she announced her support of the original senate tax bill.

Arizona Republican Senator Jeff Flake received pressure during a flight to change his vote to no.

ALS patient @AdyBarkan begged Senator @JeffFlake on a plane to save his life and be an American hero by voting no o… https://t.co/jgxhBypMFM
— Tax March (@Tax March) 1512760059.0

As of now, Susan Collins and Jeff Flake are undecided. Both voted for the original bill after getting assurances on unrelated issues. Neither is incorporated into the finalized bill.

Adding to the uncertainty about the tax vote is the health of Republican Senator John McCain of Arizona. McCain was admitted to Walter Reed Medical Center for treatment of “normal side effects of his ongoing cancer therapy” and would return to work “as soon as possible” according to his office.

Thad Cochran, a Republican Senator from Mississippi, missed several votes due to health issues in the last few weeks as well.

One Republican senator, Bob Corker of Tennessee, voted against the original Senate tax bill and intends to vote no again.

That sentiment, that the working class is always forgotten in Washington, is shared by many Americans. Time will tell if that message reaches their elected officials.