What did he think would happen? 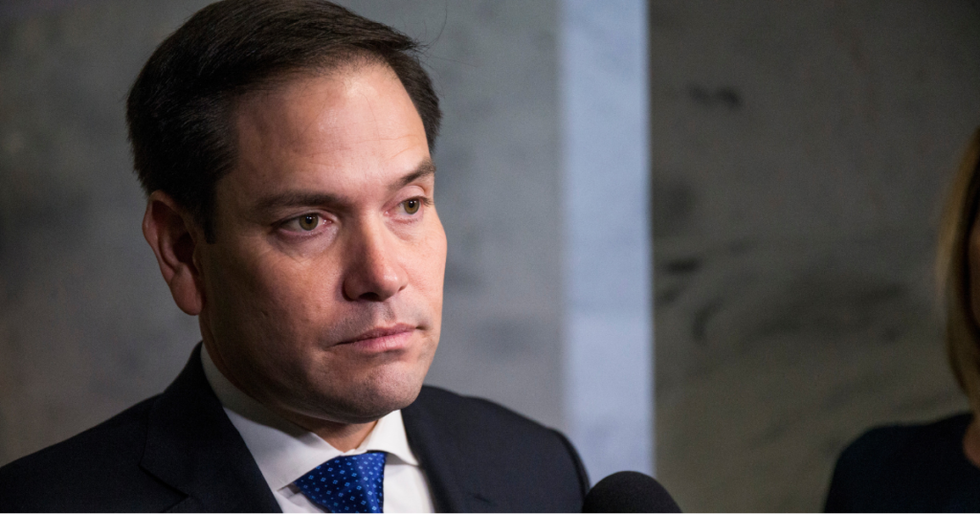 In a tweet, Rubio complained that the tax law he voted for allowed large corporations to spend their tax savings on stock buybacks instead of investing it in employees and other working capital.

"When a corporation uses profits for stock buybacks it’s deciding that returning capital to shareholders is better for business than investing in their products or workers," Rubio wrote. "Tax code encourages this. No surprise we have work-life that is unstable & low paying."

Rubio knew this in 2017 and voted for the law anyway.

In fact, Rubio's remarks mirror those of Democrats, who opposed the law's reduction of the corporate tax rate from 35 to 21 percent as well as its broadening of tax loopholes companies can exploit, among many things.

In an op-ed in The Atlantic, Rubio blasted his party for relying on cutting tax rates as a means to spur growth - even though this is exactly what he voted for in supporting the tax law.

"Trusting in a corporate tax cut alone to generate innovation and boost productivity is the thinking of the past," Rubio said. "A corporate tax-rate cut makes all corporate assets more valuable, causing a bigger return to investment no matter how it is used. In our globalized and financialized economy, though, it’s as likely to induce stock buybacks as it is to spur the construction of new American factories."

Seriously? Rubio should have seen this coming.

@marcorubio Man if only those pesky economists that testified before the Senate had mentioned that! Oh, wait they did!
— Sabrina Moxley (@Sabrina Moxley) 1544714928.0

@marcorubio This is the exact argument that opponents of the tax bill used to argue against the legislation. You V… https://t.co/jxVwhHzMCF
— Joe Lockhart (@Joe Lockhart) 1544716182.0

@marcorubio This is literally what Democrats & economic experts told you would happen if the #TaxScam was passed, a… https://t.co/MzRNnSDgay
— Elizabeth Squires (@Elizabeth Squires) 1544716988.0

The public is not going to let Rubio abandon his record.

This is your law, Senator.

@marcorubio You and your party of oligarchy are responsible. Why don't you just resign from this position you're CL… https://t.co/IowiEMuHqi
— Definitely the DOE (@Definitely the DOE) 1544722295.0

In his editorial, Rubio laid out his plan to end the tax loophole that allows corporations to benefit from buybacks, though he plans on supporting keeping the corporate tax rate as low as possible.

"I will soon introduce a plan to expand and make permanent the full-expensing provisions from last year’s tax-law effort," Rubio wrote, "and end the tax code’s favoritism for companies that spend their tax cuts on stock buybacks."

Rubio also suggested that buybacks should be taxed at the same rate as capital gains.

"While companies should be free to buy their own stock," the Florida Republican said, "there should be no tax advantage for stock buybacks over other forms of capital allocation, as the deferral of capital-gains taxes currently allows."

Research from Goldman Sachs shows that stock buybacks jumped to $384 billion in the first half of 2018 thanks entirely to the law Rubio supported.