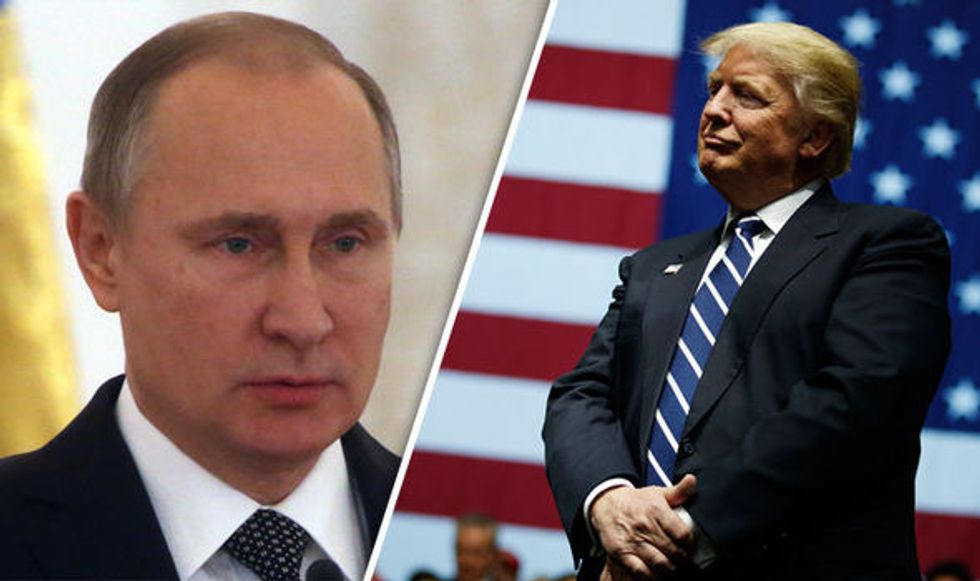 Russian meddling in the 2016 presidential election went far deeper than anyone had previously thought, according to Department of Homeland Security cybersecurity chief Jeanette Manfra. Russia, it turns out, tried to penetrate the voter registration rolls of at least 21 states.

In an exclusive interview with NBC, Manfra explained that "we saw a targeting of 21 states and an exceptionally small number of them were actually successfully penetrated." Manfra said that there is "no doubt" that the Russian government was behind the attack.

Former Secretary of Homeland Security Jeh Johnson, who was still serving during the 2016 presidential election, corroborated Manfra's claims. "2016 was a wake-up call and now it's incumbent upon states and the Feds to do something about it before our democracy is attacked again," Johnson said. "We were able to determine that the scanning and probing of voter registration databases was coming from the Russian government."

Manfra believes that states "have all taken it seriously," and that safeguards are being implemented to protect future elections. The United States State Department, however, believes Russia still poses an enormous risk to future elections.

Russia has denied having anything to do with hacking American elections, and further complicating matters is President Donald Trump taking Russia's word for it.

Former President George W. Bush also believes Russia interfered with the 2016 election. MSNBC host Nicolle Wallace tweeted "This is what an American President concerned with Russia’s role in meddling in our democracy sounds like-or see the 44th president, Obama or his VP, Biden or any of the intel or law enforcement officials from either of their administrations. One outlier:DT"

This is what an American President concerned with Russia’s role in meddling in our democracy sounds like-or see the… https://t.co/IqttqDAPdY
— Nicolle Wallace (@Nicolle Wallace) 1518094083.0

Secretary of State Rex Tillerson recently told Fox News that, "I don't know that I would say we are better prepared, because the Russians will adapt as well... the point is, if it's their intention to interfere, they are going to find ways to do that. We can take steps we can take but this is something that, once they decide they are going to do it, it's very difficult to preempt it."

Pompeo and Tillerson have now both announced that Russia will interfere in US elections and that they have no plan… https://t.co/ufNbxuXq0J
— Sarah Kendzior (@Sarah Kendzior) 1518026496.0

"I think it's important we just continue to say to Russia, 'Look, you think we don't see what you're doing. We do see it and you need to stop. If you don't, you're going to just continue to invite consequences for yourself," Tillerson added in the interview.

Former Independent Presidential Candidate Evan McMullin had some harsh words for the president on Twitter yesterday, issuing a series of blistering tweets about the president's apparent lack of concern over protecting American elections.

It’s hard to overstate the national security implications of this. As president, Trump doesn’t have to actively col… https://t.co/lJ6JPwKm2E
— Evan McMullin (@Evan McMullin) 1518030873.0