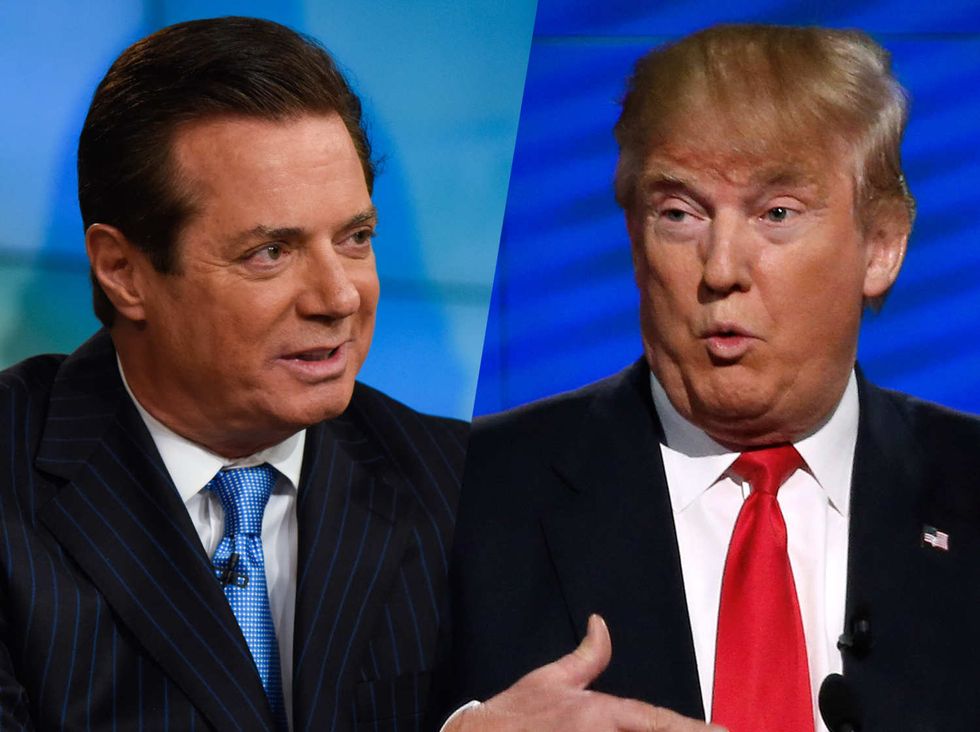 This morning, Paul Manafort, the chairman of Donald Trump's presidential campaign, denied allegations that he'd received $12.7 million in cash payments from Ukraine's former ruling party between 2007 and 2012. The report, published in the New York Times yesterday, asserts that the money could be part of an illegal, off-the-books system. "Once again, the New York Times has chosen to purposefully ignore facts and professional journalism to fit their political agenda, choosing to attack my character and reputation rather than present an honest report,” Manafort said in a statement obtained by NBC. "The simplest answer is the truth. I am a campaign professional. It is well known that I do work in the United States and have done work on overseas campaigns as well... The suggestion that I accepted cash payments is unfounded, silly, and nonsensical." While it is still unclear if Manafort received payments, prosecutors suggest that Manafort “must have realized the implications of his financial dealings.”

Officials with Ukraine's National Anti-Corruption Bureau say the listed payments come from a handwritten ledger used to keep track of off-the-books payouts by former Ukranian president Viktor Yanukovych’s pro-Russian Party of Regions. Manafort's name appears 22 times in the ledger. Officials say Manafort is not under investigation in a separate inquiry of offshore shell companies that allowed Yanukovych’s inner circle to finance their lifestyles (including a lavish presidential residence containing a private zoo, golf course, and tennis court). Among the more questionable transactions these companies engaged in was a deal orchestrated by Russian oligarch Oleg Deripaska, an ally of President Vladimir Putin, to sell $18 million in Ukranian television assets. Further evidence suggests Manafort stood to make a profit from business deals that benefited from connections related to his political consulting. One of these deals involved a network of offshore companies that investigators believe was used to launder public money and assets. Manafort's involvement with these offshore companies, according to court filings in the Cayman Islands and federal court in Virginia, began with Pericles Emerging Markets, an investment fund he started in 2007. Pericles's biggest backer was Deripaska, whom the State Department alleges has connections to Russian organized crime.

The papers, known in Ukraine as the "black ledger," cover roughly 400 pages taken from books once kept in a room in the former Party of Regions headquarters on Lipskaya Street in Kiev. Investigators found two safes in the room packed with $100 bills. Taras V. Chornovil, a former party leader who claims he left the party over concerns of off-the-books activity, said he once received $10,000 for a trip to Europe. “This was our cash,” he said. “They had it on the table, stacks of money, and they had lists of who to pay.” These records came to light earlier this year, when Serhiy A. Leshchenko, a member of Parliament, received a partial copy from a source he chose not to identify, and published line items covering six months of outlays in 2012 totaling $66 million. Another source, said Leshchenko, provided the entire ledger to Viktor M. Trepak, a former deputy director of the domestic intelligence agency of Ukraine, who then passed it to the Anti-Corruption Bureau. The bureau has an evidence-sharing agreement with the FBI, but it cannot indict suspects. A subject of its inquiries can become a suspect in a criminal case in the event the bureau passes its findings to prosecutors, which has not happened with Manafort.

Manafort wielded significant influence in the country, according to Ukranian politicians and officials who worked alongside him. Oleg Voloshyn, a former spokesman for Ukraine's foreign ministry who ran as a candidate in a new bloc Manafort helped form, said Manafort also had a voice in decisions about major American investments. Manafort convinced the Ukranian government to lower grain export tariffs, a change which benefited agribusiness investor Cargill. He was also a key figure in negotiations with Chevron and Exxon to allow oil and natural gas exploration in the country.

This is not the first time Manafort's dealings with Ukraine have come under scrutiny, as Putin's interference in Ukraine has become a focus of the United States presidential election. Trump has praised Putin's justifications for the annexation of Crimea, suggesting that the majority of those living in the region want to become part of Russia, and his comments raised suspicions about his and his campaign manager's oddly sympathetic views on Putin's policies toward Ukraine. Recently, American intelligence officials connected a breach of the Democratic National Committee's emails to Russian spies. With many already worried about Trump's ties to Russia, this discovery lends added concern.