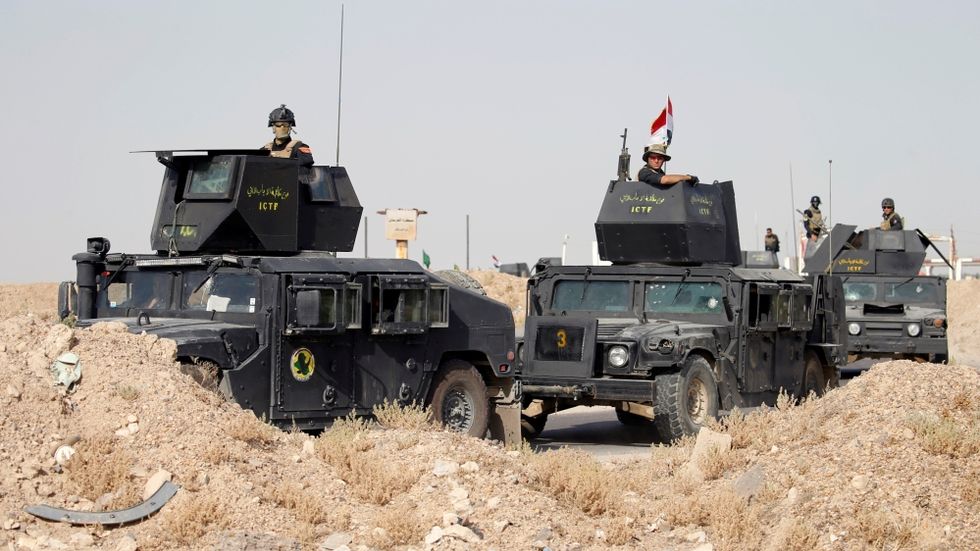 On Wednesday, airstrikes by the U.S.-led coalition against the Islamic State near the city of Fallujah, Iraq, killed at least 250 ISIS militants. According to Col. Christopher Garver, the spokesman for Operation Inherent Resolve, the strikes began after the Iraqi Security Forces (ISF) spotted an ISIS convoy as they tried to leave a neighborhood southwest of the city. ISF fought the militants on the ground before coalition strikes leveled the area, destroying roughly 55 vehicles.

Col. Garver stated the coalition will now undertake clearing operations in preparation for a “holding force” because the fighting was less intense than in the nearby city of Ramadi. The force will consist of local police and Sunni tribesmen, whose aim is to stabilize the area. The coalition has carried out more than 100 airstrikes near Fallujah since May 21.

In an interview Wednesday, CIA Director John Brennan expressed his concerns that the attacks were only the beginning for future attacks abroad. "If anybody here believes the U.S. homeland is hermetically sealed and that ISIL would not consider that, I would guard against it," he said, employing another acronym for the group. Brennan warned Congress earlier this month about the Islamic State’s influence in the West. "We judge that ISIL is training and attempting to deploy

operatives for further attacks," he said. "ISIL has a large cadre of Western fighters who could potentially serve as operatives for attacks in the West. And the group is probably exploring a variety of means for infiltrating operatives into the West, including refugee flows, smuggling routes, and legitimate methods of travel."

The airstrikes came 24 hours after three suicide bombers detonated themselves inside Istanbul's Ataturk International Airport. The attacks, which killed 42 people and injured more than 230 others, plunged Turkey into mourning. There are Indications that suggest ISIS was behind the attack. Turkish President Recep Tayyip Erdogan said Wednesday that his country will overcome attacks designed to obstruct the country’s ambitions, which include becoming one of the world’s strongest economies and building the world’s largest airport. He further thanked world leaders including President Obama and Russian President Vladimir Putin for offering their condolences.

The battle in Fallujah is the latest setback for the Islamic State. The organization once controlled large swaths of Iraq, but it has lost 45% of the territory it controlled at its peak last year, as well as 20% of regions it once controlled in Syria. In December, ISF recaptured the city of Ramadi after a seven-month siege. Ramadi had become the epicenter of a bloody power struggle in Iraq’s Anbar province, coveted by ISIS for its proximity to the capital, Baghdad. Through closely coordinated maneuvers, utilizing the combined efforts of Iraqi forces on the ground and coalition airpower, the Iraqi government successfully counterattacked against ISIS, sparking speculation the group was experiencing the beginnings of its loss of control over the region.