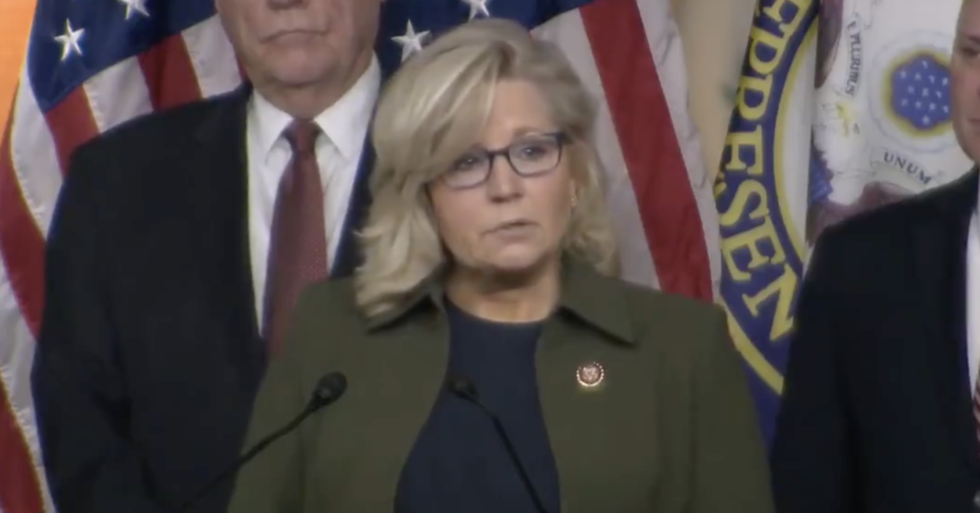 President Donald Trump and his allies leapt to discredit the character of Lt. Col. Alexander Vindman, the White House's top Ukraine expert, when they learned he would be testifying before the committees overseeing Donald Trump's impeachment hearing.

With numerous top officials defying Congressional subpoenas and basic oversight, the standard has already been set—at least to Trump's allies—that Trump is above the law, thereby making Lt. Col. Vindman—a Purple Heart recipient who served in Iraq—a traitor to his country.

Trump's allies soon began getting the word out, with Laura Ingraham and former George W. Bush official John Yoo implying that Vindman was a spy. Former Congressman Sean Duffy (R-WI) suggested that Vindman—who immigrated from Ukraine as a child—had a dual loyalty to his birth country.

These statements were met with strong rebukes, even from Republicans.

.@Liz_Cheney says its "shameful" to attack Vindman's service - which is what Fox News and other conservatives have… https://t.co/VpLse4UTCI
— Oliver Willis (@Oliver Willis) 1572358292.0

After the usual claim that Democrats' impeachment inquiry against the President was "shameful," Cheney went on to point out "something else that's shameful."

"[T]hat is questioning the patriotism, questioning the dedication to country of people like Mr. Vindman, Lt. Col. Vindman who will be coming today, and others who have testified. I think that we need to show that we are better than that as a nation. Their patriotism, their love of country—we're talking about decorated veterans who have served this nation, who put their lives on the line, and it is shameful to question their patriotism, their loving this nation, and we should not be involved in that process."

She then went back to claiming that House Democrats were refusing to uphold the Constitution by exercising the House's Constitutionally enshrined power of impeachment.

But for a moment, there was decency.

Possibly as a rebuttal to the critics who accused him of espionage, Lt. Col. Vindman wore his complete uniform to testify before the committees.